Could a Scheherazade strategy deliver James Cantlie from certain death? 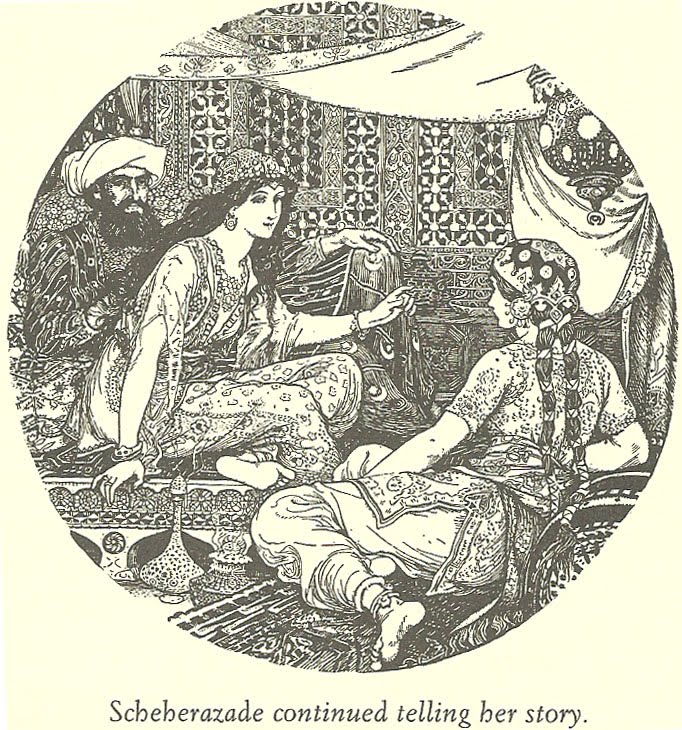 In his television “news” standup on Monday, October 27, allegedly from the beleaguered Syrian city of Kobani, Mr Cantlie claimed that Islamic State fighters had not been repulsed from that point on the Syrian-Turkish border. Using tones of reasonableness and a number of impressive graphics that would not have been out of place in a BBC report, the ‘news story’ challenged the Western version of the fight for Kobani.

Mr Cantlie stressed his alleged proximity to Turkey by pointing out the Turkish flag behind him. Though strain was evident on his face and he nervously started almost every other sentence with the word “now”, Mr Cantlie did a good job of dissing Western claims about the state of play in Kobani. Tellingly, he pointed out that there were no Western journalists in Kobani because they hadn’t been granted “safe access”. They’re getting their information from “Kurdish commanders and White House press secretaries”, he said.

It was an extraordinarily inspired propaganda move by IS. First, it was a change from its usual videos of mass executions and beheadings. Though these will always be horrifying and bad, they are in danger of becoming old, bad news. Which is where Mr Cantlie’s ‘dispatch’ comes in.

The shock factor was compelling. It was a decided twist in the tale, to put the captive journalist back to work, albeit with an IS ‘good news’ story. In some ways though, it was a no-brainer, as Americans say. What could make better sense than utilizing a man’s professional skills, hostage though he may be?

If Mr Cantlie is in luck, he could play the game too, at least long enough to be rescued or make a bolt for freedom, whichever is sooner. For this, he would have to use the Scheherazade strategy, so named because it is loosely based on the remarkable manner in which the vizier’s daughter avoided death at the hands of Shahryar after his regulation one-night stand (and marriage) with virgin after virgin.

As everyone knows, Shahryar had beheaded 1,000 wives by the time he met Scheherazade. But she was so well-read, such a compelling storyteller and with such a gift for the cliff-hanger, that the king put off her death every day, just to hear the end of every thrilling tale.

So it continued for 1001 nights. By which time, Shahryar realized he had fallen in love with Scheherazade and couldn’t bear to have her beheaded anyway.

Mr Cantlie’s situation is obviously much different. IS is not likely to fall in love with him, but he might do worse than become the storyteller of choice for IS.