Cookbooks are not for cooking. They’re for dreaming & Xmas presents 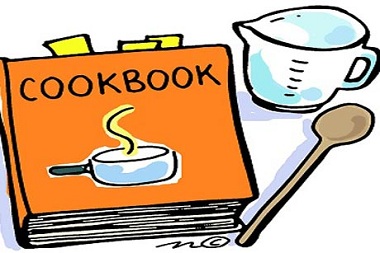 So a cookbook’s not for cooking? They’re for Christmas presents. Somewhat surprisingly, Tim Hayward agrees. He’s the British foodwriter who published ‘Food DIY: How to Make your Own Everything’ late last year. The title might surely be taken as a nod towards lots and lots of cooking. But no, even Mr Hayward agrees (on BBC Radio no less) that the 21st century cookbook’s main function is probably not in the kitchen and at most, people cook just one recipe or two from a book.

The dream factor has practically kept the publishing industry alive. As The Independent noted back in September 2012, four years after the recession blighted balance sheets across sectors, “sales of cookery books have never been better.” It quoted Philip Stone, charts editor at The Bookseller: “Very basically, the food and drink sector has been one of the most reliable sectors of the book market in recent years.”

Most cookbook writers, foodies and gourmands agree it’s all about the escapist appeal of flicking through impossibly beautiful (and scrumptious) pictures and buying into a whole lifestyle by the simple act of putting the volume on your shelf.