Ronald Reagan: Another kind of lame-duck president. Swim not sink 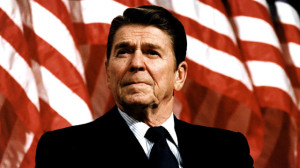 Like Woodrow Wilson, as Sean Braswell recounts in OZY, Ronald Reagan was a pretty popular president when he became lame-duck. Unlike President Wilson, his period of obsolescence was enormously effective.

It was 1986, the Democrats had won control of both houses, details of the Iran-Contra affair had begun to emerge in the public domain and the President seemed destined to be consigned to the ash-heap of history. But then, a remarkable combination of events combined to bring the executive and the legislature together and the next legislative session was, as The New York Times put it, “ground-breaking”. Laws were made and passed in areas as diverse as trade policy and welfare, civil rights and arms control. The reasons for this fruitful amity have often been parsed. The President was hobbled and the Democrats were eager to prove they were ready for government come the next elections.

(Tomorrow: American lameducks and koala bears: How will this keep the little uns safe?)