American lameducks and koala bears: How will this keep the little uns safe? 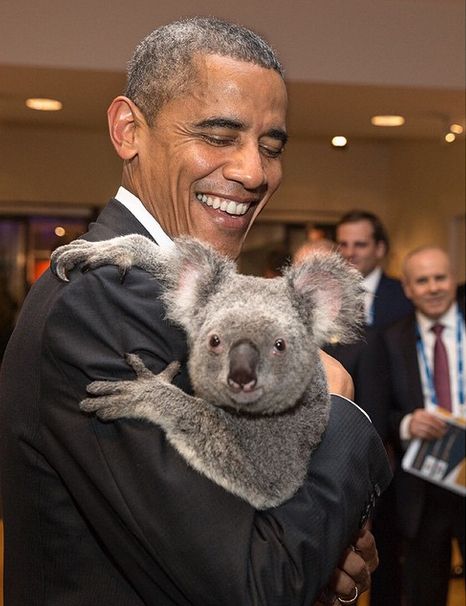 You have to wonder at the so-called “koala diplomacy” ostentatiously staged by Australia at the weekend’s G20 summit.

The world’s media fell over itself to find new ways to describe the, in my view, rather tasteless event, at which top politicians cuddled the shy marsupials, whose numbers have dropped from10 million in the late 1700s and to less than 45,000 today.

NDTV, for, instance, said it was “a warm and fuzzy welcome for the world’s most powerful leaders”.

The little uns were brought in from a local wildlife park for the summit and thousands of photographs were taken of President Barack Obama, Russia’s Vladimir Putin, India’s Narendra Modi and others cradling the koalas.

The rationale seems, er, a bit grey and fuzzy.

Koala handler Al Mucci, from a wildlife park, has been quoted to say that the koalas were not just meant to ramp up the G20’s cuteness factor but so that “we can share the koala story”.

He finished, “Koalas and people aren’t learning to live together and their population is dropping. We want to share that with the global community, that more help is required to make sure that people and koalas live together for another 200 years here in Australia.”
Will it really aid the koala cause to have an American lameduck and a Russian strongman cuddle these shy creatures, which are sleeping their way to markedly smaller numbers? (Remember they need up to 20 hours a day of shut eye).