Funny. Could be true? Middle-aged jihadist admits his rage has mellowed 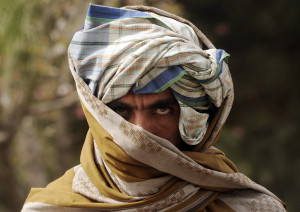 Often times, The Onion gets it so right you have to stop laughing and wonder if the ‘real news’ guys just don’t get to these stories.

Consider this gem, ‘Mellowing Jihadist Not As Enraged By Western Culture As He Used To Be’.

“The veteran Taliban insurgent confirmed that while he still strictly and unflinchingly follows the tenets of Sharia law, he gets less worked up than he used to whenever someone expresses a personal value that could be seen to clash in any way with the fundamentalist practice of Sunni Islam,” it writes.

“In my youth, I was pretty quick to fly off the handle at the mere mention of Western clothing, music, food, ideas—anything,” Mr Kalmati is quoted to say.

“Thirty years ago, seeing a woman who wasn’t covered head to toe in a burka would drive me mad. I’d follow her home, find out where she lives, and come back the next day to throw acid in her face. Nowadays, I’m more likely to just shake my head and go on with my day. I don’t blow a gasket like I used to.”

“Do I still want to unleash ceaseless death and destruction upon the infidels in the name of Allah?” he added. “Absolutely. But I’ve learned to pick my battles.”

This could be no more than rip-roaringly funny if it mightn’t also be true. Studies of all sorts have repeatedly shown that firebrands mellow with age, opting for a pair of comfy slippers and a bit of head-shaking over the fiery confrontations of yore.

No different for yesterday’s Taliban probably.

“You get married, you have a few kids, and eventually you realize you no longer want to go out at night to ransack a Christian bookstore and slit the owner’s throat in front of his family,” says the spoof Mr Kalmati.