ISIL’s brutal zeal foretells the certainty of its demise 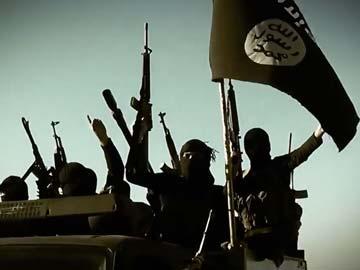 Revolutions always destroy themselves, unless they settle into moderation and reform. This may be the best way to read the first-person account of the brutal rhythms of life in ISIL’s revolutionary so-called “Islamic state” by German author, former politician and judge Juergen Todenhoefer, who may be the first western non-believer to go in to – and come out of – territory controlled by the extremist group.

Mr Todenhoefer spent 10 days with ISIL, a perilous adventure for a visibly European man with no claims to have seen the light and converted to Islam. But it came about after seven months of Skype calls, which he initiated through a German jihadist. Carrying a permit from the “office of the caliphate” (some might call it Abu Bakr Al Baghdadi’s typing pool), which was meant to guarantee his safety and that of his son, Mr Todenhoefer entered ISIL’s world through Turkey. He spent half a day in Raqaa in Syria and six days in Mosul in Iraq, initially in the very hotel occupied by journalist James Foley, the first American to be beheaded by ISIL. Foley’s murder in August was filmed and posted by ISIL on social media to worldwide revulsion, followed by regular horror show episodes that comprised footage of the decapitation of five Westerners, two Lebanese army men and 18 Syrian soldiers and Kurds.

But the perpetrators of these crimes guaranteed Mr Todenhoefer safe passage. Unsurprisingly, as he has since told the world’s media from the safety of his home in Munich, he was worried that they might change their mind.

They didn’t and he has lived to tell the tale of the fanatical, self-righteous and violent campaign that ISIL imagines as a revolution. It is a dystopian story with frightening markers that foretell its demise.

Consider the high points of Mr Todenhoefer’s observations. He was struck by the joyous determination with which fighters were “preparing the largest religious cleansing campaign the world has ever seen”. This would leave only Sunni Muslims, Jews and Christians – people of the book – on earth but ISIL fighters believe bloodbath is necessary, even ordained.

He was riveted by the enthusiasm and confidence of fighters, who have conquered an area the size of Britain in less than a year and are utterly certain they will get to Europe though they hedged the timeline a bit. “It is not a question of ‘if’, just a matter of ‘when’,” a German fighter told Mr Todenhoefer. “For us, there is no such thing as borders. There are only front lines.”

He was taken aback by the black-and-white answers that fighters offered when he asked delicate questions about the enslavement of captives. Gut-wrenching accounts have been emerging of the sale and rape of 3,500 women and girls of the Yazidi religious minority held as sex slaves by ISIL, but the fighters said it was part of their faith. He saw bookshops with pamphlets on the “rules” on slavery and “permissible” sexual practices with female slaves. Issued by ISIL’s Research and Fatwa Department, the question-and-answer rundown offers an atavistic interpretation of the rights of religious warriors. It’s been dubbed by some a kind of “Slavery for Dummies”. ISIL’s official publication Daqib also declares that “enslaving infidels and taking their women as concubines is a firmly established aspect of Sharia”.

Most of all though, Mr Todenhoefer left ISIL territory with a dismayed sense of the group’s brutal zeal. At 74, he can justifiably claim to have seen it all (Pinochet’s Chile, Soviet-ruled Afghanistan) but he said he found the ever-multiplying, fantastically multinational group’s “enthusiasm to kill” thousands of people terrifying. Well versed in the Quran himself, he said he reminded the fighters that most chapters of the Holy Book begin with the words Allah… most merciful. “I asked: Where is the mercy? I never got the real answer.”

Here then is that self-destructive gene that unites ISIL with other revolutions of recent times that have claimed to be fighting great evils with great ideas and inspired actions.

The Russian Revolution of 1917, which replaced the bourgeois dictatorship with that of the proletariat, cannibalistically fed off the ten of millions of ordinary people who were executed or imprisoned in Stalin’s labour camps.

It also brought about what has only recently been recognised as one of the most destructive genocides of the 20th century – the death of six million by forcing a famine on Ukraine.

The Chinese Communist revolution pursued what chairman Mao called a “vigorous rectification campaign” to trigger a debate “both guided and free”. It led to starvation, torture and killings in the name of the glorious campaign.

Both, like ISIL, had popular appeal because they imagined that everything could be put to rights simply by altering the shape of society. But revolutions are a risky business and deep change inevitably requires long and due process. Sometimes perhaps, the best that can happen is for revolutions to evaporate, as Kafka said, leaving behind the slime of bureaucracy.

Russian-born American anarchist Emma Goldman put it best barely a decade after the 1917 uprising: “No revolution can ever succeed as a factor of liberation unless the means used to further it be identical in spirit and tendency with the purposes to be achieved.”