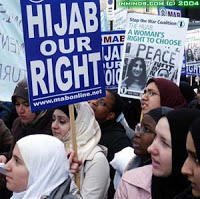 Michel Houellebecq (pronounced ‘wellbeck’) should be read – and praised or condemned only after that essential act.

I say this off the back of news that Mr Houellebecq’s controversial new novel ‘Soumission’ (Submission), which imagines a France where a fictional Muslim party wins the French election in 2022, will be published in English in September.

The book features on the cover of this week’s ‘Charlie Hebdo’. #charliehebdo

The problem with recommending Mr Houellebecq as a must-read (and then to be rejected or not) is that he is better known for being unpardonably rude about Islam than for his literature. He lashed out at Muslims in his 2001 novel, ‘Platform’, in which Islamist terrorists kill the protagonist’s wife. He has also called Islam “the stupidest religion,” words for which he was tried and acquitted, and then threatened with death, leading him to flee to Ireland. All of this happened before 9/11.

Anyway, back to his new novel. Within hours of the murderous attack on ‘Charlie Hebdo’, publisher William Heinemann said that its “publishing plans remain unaltered”.

This has to be welcomed, mainly because Mr Houellebecq raises issues that European leaders do not want to confront. These are as follows:

– There are enough Muslims in France to merit some policy or practical consideration of their cultural particularities and red lines.

– Europeans in general need to accept this and make room for their Muslim co-citizens and offer opportunities for stronger political representation.

– Only then will the extremists be prevented from claiming they speak for European Muslims.

– A two-way process of negotiation must ensue between European Muslims and those who may be called indigenous European communities. The indigenous communities can argue for their red lines – freedom of speech etc.

Apparently Mr Houellebecq doesn’t really say all this in his novel but in an interview with ‘Paris Review’, he stresses that Muslims have “no representation whatsoever” in France’s current political system. That is an interesting way to come at the whole integration debate.

Most politicians and policy-makers address the issue as a problem: what is to be done about Muslims in Europe? They must integrate, “on our terms”. After all, “they came here…if they don’t want to follow our ways, they should go back where they came”. This was fine so long as an immigrant community was very small but when it grows, the society it lives in has to change. (On a more superficial level, think of the Polish delis that came up all over London and other parts of the UK after the influx from Eastern Europe).

The problem with the argument that European Muslims adopt/adapt or go back is that many young European Muslims have nowhere to return. They were born in Europe. They are western AND Muslim and a way has to be found to ensure that their multi-layered identity meshes well together. They need a stake in the system.