Not the time to bang the gender drum, Mrs Clinton 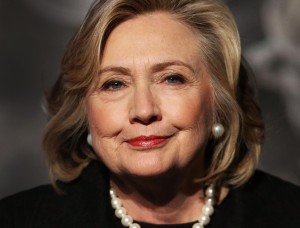 Only a woman would be able to say this, so let it be said: the White House is the point at which affirmative action must cease. It is almost as patronising for a woman to get a job on account of her gender as it is to be denied it for that reason. That includes being commander-in-chief of America’s armed forces.

If a woman were to be the 45th president of the United States in 2016 – step forward Hillary Clinton, former first lady, senator and secretary of state, and now favourite to win the Democratic party nomination – she must be unquestionably the best candidate for the job. Not the most fitting mascot for inclusiveness, but the person best qualified to take charge of the world’s most powerful country in a way that Americans can and will wholeheartedly support.

Is Mrs Clinton that person? She is unquestionably a worldly Washington insider, someone who knows the business of politics, government and diplomacy inside out. She once boasted that she had travelled to 112 countries (drawing the snarky comment from Republican politician and former Hewlett-Packard CEO Carly Fiorina that flying is an activity, not an accomplishment). She has seen, up close and personal, a two-term president achieve economic growth, balanced budgets and bipartisan reform of the welfare system. She first entered the governor’s mansion in Arkansas in 1979 as his spouse, and has been in the public eye ever since. The university of life qualifies Mrs Clinton magna cum laude for the highest office even if her Yale law degree, formidable intellectual prowess and remarkable résumé were not enough.

So what’s the problem? Any caterwauling over Mrs Clinton’s age and health is easily dismissed. If she became president, she would be 69 in January 2017, making her the second-oldest newly elected president after Ronald Reagan. She suffered a blood clot on her brain in 2012 but seems healthy enough now. She is, by all accounts, good to go. Mrs Clinton is one of the more qualified politicians in America to have declared they want its top job in 2016. It is for America to decide if she is the best candidate. Is she?

Perhaps, but here’s a problem. From Sunday, when she formally made public America’s worst-kept secret – that she was running for president – the hype has been all about making history. In the sense that Americans should get engaged with, and excited about, electing America’s first woman president. That this is their one clear shot to shatter what Mrs Clinton once described, as “the hardest, highest glass ceiling”. That it would be callous for the press and public to be unmindful of the ­historical significance of Mrs Clinton’s candidature; that American voters must, in the 574 days remaining before the election, learn to appreciate the extraordinary choice they’re being offered.

It was striking that the day Mrs Clinton’s carefully understated announcement was made, Sidney Blumenthal, former adviser to Bill Clinton, mentioned the words “first” and “woman” close to a dozen times in a two-minute interview. All of the Clinton campaign team is banging the gender drum perhaps because it is her only non-controversial unique selling point, her years in public life being both an asset and a potential weakness.

But if gender is Mrs Clinton’s trump card, it prompts this question: is it appropriate to exhort a vote for history rather than the most compelling candidate? Unless the two considerations unite naturally in one person (as with Barack Obama in 2008) a vote solely with an eye on the history books might be a little like some of the contrived and thereby meaningless accomplishments that litter the Guinness Book of World Records.

When Mr Obama was campaigning the first time round, his team didn’t tell everyone who would listen that it was their chance to make history by electing the first African-American president. In fact, if anything, Mr Obama won despite being black, rather than because of it (though black voters were demonstrably enthused). He won because of his charisma and eloquence on the stump and because he made people feel it was possible to hold on to one’s dreams. It helped that his campaign team created new ways to mobilise voters and solicit small donations from people up and down the country who liked what they heard of the candidate. By election day, he had become a phenomenon and it was only when it was over and he was declared the winner, that he acknowledged the historical significance of what had occurred. “It’s been a long time coming, but tonight … change has come to America,” he said in a reference to his country’s fraught racial history and the fact that as a visibly black man, less than 150 years ago he could have been owned as a slave. He told the tens of thousands gathered in a Chicago park, and millions watching on TV around the world, that America had proved “that out of many, we are one, that while we breathe, we hope, and where we are met with cynicism, and doubt, and those who tell us that we can’t, we will respond with that timeless creed that sums up the spirit of a people: Yes we can”.

That had the right sort of ring, one for the history books, but it happened after the hard work of earning America’s support for his vision, not as an entitlement, a payback for racial injustice. Mrs Clinton’s campaign may change its mantra over time but right now, it seems to be making the historic gender milestone that could be achieved by her victory a reason to vote for her, rather than for it to be the result of her compelling qualifications.