Unknown knowns: Is Indian racism only about the ‘habshi’ word? 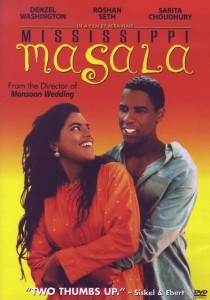 Reshmi Dasgupta, my former colleague from the Times’ group of newspapers, recently wrote an interesting blog about Indian racism. Sonia Gandhi, she said would have been less acceptable as a daughter-in-law had she been from Uganda, not Italy. That was true back then, nearly 50 years ago when the young Sonia Manio married Rajiv Gandhi, and it remains the case today. Click here to read Reshmi’s blog but if you don’t, here’s one of the key points she makes:

Indians like the “fair and lovely template” and are prone to thinking of black people as “habshis… a corruption of the word ‘Abyssinian’.”

She’s absolutely right but what’s particularly interesting are her observations on word fashions. The word “Negro”, she points out, “is now verboten, much like another one used by another 20th century messiah – Harijan. Even ‘black’ is perilously close to being outlawed too, signifying that words are thought to speak as loud as actions these days.”

But can one outlaw “black”? Or brown? Or blonde? Should we? What would we replace them with? How would we describe anyone? With euphemism?

Remember the stew about the New York City Council’s push, in June 2013, to get police to stop reporting on a suspect’s gender, race, age and disability, out of concern that such descriptions constitute unfair profiling?

At the time, the New York Police Department Captains Endowment Association president Roy Richter had objected that it would hamper their work enormously. “When we have wanted suspects and patterns of crimes, those are very important descriptive terms to let officers know who to look for.”

Surely that’s the point: black is a descriptive term. The bias is a mindset.

It’s that bias that causes Indians to use the word “habshi” and disdain black people as potential partners or members of the family. Remember ‘Mississippi Masala’, Mira Nair’s 1991 film starring Denzel Washington, which explored interracial romance between African Americans and Indian Americans in the United States?