Salman Khan case exposes the state of injustice in India 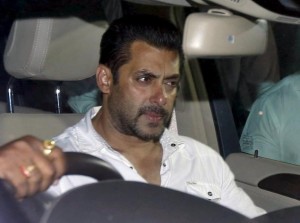 The bare facts of the Salman Khan case have never been in doubt despite the sensational twists introduced in the 13 years since the Bollywood actor’s car ran over a homeless man sleeping on a pavement in Mumbai. The man, Nurullah Sharif, died. No one has been punished so far.

Those two sentences say more about the quality of justice in India than any of the penetrating analyses of alleged subversion, perversion and diversion. The still-unpunished death of a poor man is a good way to understand the cruel grinding reality of a judicial process that is often described as a punishment in itself.

The statistics are mind-numbing. For all that he is a rich and famous actor with millions of swooning fans, Salman Khan’s hit-and-run case is depressingly humdrum in terms of how long it has lasted. It has dragged on for as long (more than five years) as an estimated 25 per cent of the 31 million backlogged cases in all courts in India. In 2009, India’s then prime minister Manmohan Singh told parliament that its courts were the most backlogged in the world. That same year, the chief justice of the Delhi High Court released a report that made an eye-popping claim: it would take four centuries and then some (466 years, to be precise) for it to clear its backlog. In 2010, a high court judge in the south-eastern state of Andhra Pradesh declared that the Indian judiciary as a whole would need 320 years to deal with all pending cases.

If these claims sound exaggerated, consider Monday’s acquittal of prominent southern Indian politician Jayalalitha in a corruption case that involved her amassing unaccounted-for wealth of more than $10milllion (Dh36.7m). She was cleared by the high court in Karnataka, next door to Tamil Nadu, the state she used to rule. The case had lasted 19 years.

Clearly, Salman Khan’s case is not unique. But what makes it especially unpleasant is the callous injustice and gross inequity it has revealed in a country that eagerly invites foreign investment with claims that it is superior to China in at least one respect – it is democratic and under the rule of law. And more importantly, that in India the law is enforced, the guilty punished and justice is seen to be done.

How to square that claim with the fact that Mr Khan was granted interim bail (allowing him to stay out of jail) within three hours of being found guilty, even though it takes most people at least three months to do the same?

Or that he was found guilty and then a judge of a higher court speedily admitted an appeal, identifying issues that called into question the very basics of the conviction. For instance, was it culpable homicide not amounting to murder or death by negligence? It is hard to imagine that the lower court, which convicted Mr Khan, did not consider these matters. But as things stand, the case will not come up in court until July, Mr Khan will stay out of prison and continue on his film shoots.

There is a perception that Indian justice is not swift, certain or always fair. This is a problem for India and particularly for prime minister Narendra Modi, who makes a point of stressing his humble origins, inclusiveness and sense of fair play.

He was elected almost exactly a year ago on the hopeful slogan “Sabka saath, sabka vikas”, or “together with all, progress for all”. Obviously, that message comes too late for Nurullah Sharif, who died under the wheels of Mr Khan’s car, but the expectation of justice – posthumous or not and for everyone, rich or not – is made false by such cases.

There have been too many in the past 30 years – rich poachers of endangered species have stayed out of jail, well connected alleged murderers have managed to lengthen court hearings for decades.

Mr Modi’s government was elected with a mandate to revive the Indian economy, whose potential has excited the world before, only for the dream to turn to disappointment because the reality belied the rhetoric. But Mr Modi cannot do this without foreign investors and they have long been leery about fair arbitration in India in the event of a dispute.

India ranks especially poorly in the World Bank’s Ease of Doing Business Report category of “enforcing contracts”. It is 186th out of 189 countries surveyed. Only East Timor, Bangladesh and Angola did worse. An unnamed Indian industrialist recently admitted to The Financial Times: “The time it takes to get matters settled is just too long”, and those who lose a case can simply appeal and appeal again to avert a binding decision.

Some might say that corporate contracts are one thing and criminal cases quite another. But at bottom, they are surely about the same thing – achieving justice.