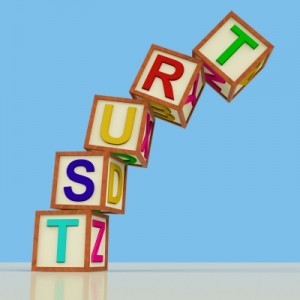 Is Hillary Clinton honest enough to be president? The Washington Post posed the question in an opinion piece last week, but its headline was less daring, more euphemistic…just safer, really. In the sense that it didn’t say outright that Mrs Clinton was a liar or dishonest or anything like that.

Click here to read the piece but if you don’t, it’s basically about Mrs Clinton’s unquestioned competence and the cloud that hangs over both her and her husband – “the general perception that they don’t always play by the rules and, in the most negative reading, don’t think the rules apply to them.”

What does that really mean, away from terminological contortions, sneaky suggestions and suchlike?

An arrogant belief in entitlement?

They don’t pussyfoot around the core with massive word caches meant to save embarrassment, harassment or attacks of shame.

As Ralph Keyes wrote in ‘Unmentionables’, “rather than accept lying as a fact of life, we manipulate notions of truth.”

There’s been much “creative phrase-making” devoted to “explaining why lies are something else altogether,” he goes on.

Then there are those other euphemisms for dishonesty:

Mr Keyes goes so far as to say that “as an inspiration for euphemisms, dishonesty rivals copulation and defecation”.

It’s that trust deficit, I guess. It’ll make sure language confounds us all in the end.