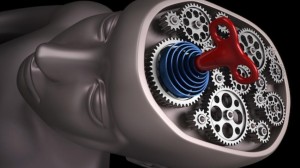 China calls its internet police “public opinion analysts”. You’ve got to love it – this is solid proof that doublespeak is a thriving business, way beyond George Orwell’s wildest imaginings of newspeak and doublethink.

According to OZY, China employs two million, ahem public opinion analysts to monitor the Internet habits of its 1.36 billion people. That’s a lot of public sector workers whose only job is to make sure the thought control is just so. Click here to read the OZY piece, but if you don’t, here’s a key point:

“Their job is to hamper any criticism of the government and to ensure damaging information is not leaked and no protests are organized online.”

Apart from these thought controllers, China has 300,000 paid trolls. These are also government servants (or at least on the payroll) and OZY say their job is to “guide the conversation online by posting favorable comments about the Communist Party and neutralizing any genuinely critical conversation online.”

I suppose it’s to nudge the internet community towards those two Orwellian concepts: crimestop and doublethink.

Crimestop was defined by Orwell as protective stupidity. “The faculty of stopping short, as though by instinct, at the threshold of any dangerous thought. It includes the power of not grasping analogies, of failing to perceive logical errors, of misunderstanding the simplest arguments if they are inimical to Ingsoc, and of being bored or repelled by any train of thought which is capable of leading in a heretical direction.”

And Winston Smith, the protagonist of Orwell’s ‘1984’ described doublethink as follows:

“To know and not to know, to be conscious of complete truthfulness while telling carefully constructed lies, to hold simultaneously two opinions which cancelled out, knowing them to be contradictory and believing in both of them, to use logic against logic, to repudiate morality while laying claim to it, to believe that democracy was impossible and that the Party was the guardian of democracy, to forget whatever it was necessary to forget, then to draw it back into memory again at the moment when it was needed, and then promptly to forget it again: and above all, to apply the same process to the process itself. That was the ultimate subtlety: consciously to induce unconsciousness, and then, once again, to become unconscious of the act of hypnosis you had just performed. Even to understand the word ‘doublethink’ involved the use of doublethink’.”

China’s “public opinion analysts” and paid trolls are part of the great industry that uses language to confound us.