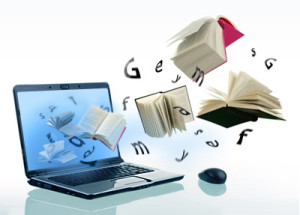 Why are dictionaries increasingly prone to growth spurts? Mostly because it makes good sense for lexicographers to find the words that people actually use and then to record them rather than serving as policemen who keep words out.

As The Economist memorably blogged last May about Collins Dictionary’s decision to add a word to its dictionary based on votes collected via Twitter: For decades, lexicographers have not been “gatekeepers or guardians but a certain kind of slow-moving stenographers.”

This means that most dictionaries now include words that might best be described as buzzy, mood-of-the-moment coinages. Collins’s #twictionary choices included the following:

Adorkable: dorky in an adorable way
Duckface: a pouting expression when posing for a photograph
Euromaidan: the original pro-Europe protests in Ukraine, named for Maidan Square in Kiev
Fatberg: a large mass of solid fat clogging a sewer
Felfie: a farmer selfie
Fracktivist: an activist who protests against fracking
Gaybourhood: a gay-friendly neighbourhood
Nomakeupselfie: a selfie of a woman without her make-up
Vaguebooking: posting deliberately vague messages on social networks to prompt a response

A year on, I’m not sure we’d be using even half of them.

Clearly, online dictionaries validate contemporary-speak – for a time. And then they change with the next quarter and the next haul of words.

(Tomorrow: Mona Lisa’s duckface? The world changes with every word we make up)