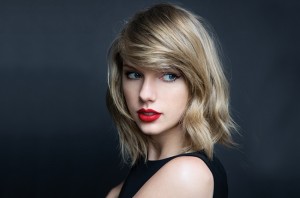 Everyone is saying that Apple was quick to hear Taylor Swift’s  complaint about the injustice of not being paid royalties during the trial run of the Apple streaming service because she’s a big star. And because it’s bad publicity to get involved in this sort of argument about money.

But what’s the real meaning of Apple’s language of surrender? At 4.29 am on June 22 Eddy Cue, the company’s head of software and services,  tweeted as follows:

#AppleMusic will pay artist for streaming, even during customer’s free trial period

It is an about turn. It is abject. Those were words that were trying to appease. Mr Cue might have been a tech version of Uriah Heep. Greasy. Untrustworthy. Why was he doing now what he should have done before? Why now?

It’s because it’s not 2002, when the music industry was in a crisis and Steve Jobs was able to get everyone on board with Apple’s new digital music store because it seemed impossible to sell anything legitimately any other way.

No longer.  We’re all thinking about renting – not owning – any more and Spotify is one of a few viable music streaming alternatives.

Which makes Apple a late-starter in this particular field. And particularly amenable to anything that Taylor Swift (or a singers’ collective) says. There’s nothing like humility to bring out the Uriah Heep in someone, even a corporate entity.