Listen up, there’s a reason there was a film called ‘My Big Fat Greek Wedding’ 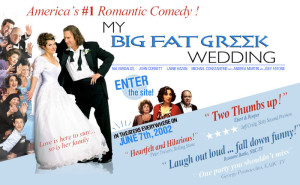 Language can be used to abuse reality. Or to disabuse people of the reality of a situation. How else to read the evolving, constantly fluid, high-wire negotiations aimed at averting a Greek default and possible exit from the Eurozone?

Consider the horrors of the situation:  Greece now owes the International Monetary Fund (IMF) almost €35bn. That’s nearly $40 bn, and it makes Athens the IMF’s biggest debtor. What’s to discuss other than a calling in of debt and the hope that the debtor realises the error of his ways and is resolved not to continue down this profligate path?

But no. That’s not the way it’s being discussed.

Every day (except for in the second week of June), the Greek government suggests that a deal’s in the bag.

Every day (except for the hours immediately after that brutally undiplomatic second week of June), European Union leaders and officials stress that it’s all much better but there’s still some way to go before a solid agreement is hammered out.

What do both sides really mean?

The following, in plain English:

–       The EU doesn’t like to admit that whatever happens, Greece is likely to be reliant on its support for years.

–       The EU finds this expensive but can’t afford to have a failed state on the Aegean, on the European mainland, breeding toxic horrors of all sorts and bleeding them all around.

–       Greece hates the idea of having to bend the knee and to tug its forelock in exchange for years and years of austerity.

–       No one is telling it like it is: The Greeks are a high-living, fun-loving people. There’s a reason there was a film called ‘My Big Fat Greek Wedding’

So basically, whatever happens, it is unrealistic to think that Greece’s economic troubles will be over in a year or so. Whether or not Greece pays the €1.5bn due to the IMF on June 30 (if it missed, it would be the first developed nation to do so)  it will have to wear the metaphorical sackcloth for years.

Athens doesn’t like it. Brussels doesn’t either. At bottom, it is the known knowns that are causing this long drawn-out Greek high drama. No one wants to get to the end. So they content themselves with low farce in the interim.