Can technology expand transparency in politics? 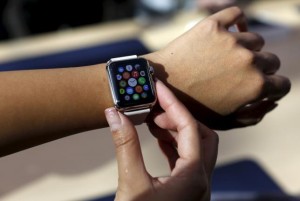 Laurent Fabius, France’s foreign minister, travelled to Tehran yesterday, an exercise that was designed to revive the considerable economic ties France had with pre-sanctions Iran. Much to the chagrin of French business leaders, Mr Fabius had indicated that he would be going without them.

The French government will obviously pass on anything relevant or interesting to captains of industry, but what if the public already had access to their political leaders’ scheduled routines, words and actions? What if they could have watched and heard pretty much all but any security-sensitive detail of Mr Fabius’s interactions with politicians, diplomats and clerics in Tehran? The argument goes that if performance-trackers and digitised recordings are used for police forces in some countries, why not for political leaders?

Intense public scrutiny of those who exercise power is hardly a new idea. Louis XVI and Marie Antoinette were subject to close attention at all times, not least when they were woken in their separate rooms every morning and washed and dressed by their courtiers in front of anyone with a high enough rank to be present. They had also to eat dinner publicly. These were often hot and sweaty events at which anyone of rank could crowd in to the dining room to gawk at the king and queen.

Across the English Channel, it was not until prudish Victoria became queen that the monarch’s bedroom ceased to be a busy public thoroughfare – the people were entitled to this proximity. Royal babies were born in the watchful presence of those who could vouch that the infant had not been switched.

India’s Mughal rulers typically spent part of the day working within full view of the public. Even the White House was freely open to the public for much of the 19th century.

But security concerns and the professionalisation of politics have in some countries made for a more remote relationship between the leaders and their people, with less chance of close scrutiny.

In many ways, mass media, especially 24-hour television has only made it worse, as the American professor of constitutional law, JM Balkin, observed at the height of the scandal over Bill Clinton’s relationship with White House intern Monica Lewinsky: “Politicians and political operatives can simulate the political virtues of transparency through rhetorical and media manipulation,” he wrote.

“Television tends to convert coverage of law and politics into forms of entertainment for mass consumption … Political life begins to conform increasingly to the image of politics portrayed on television … In this way the goals of political transparency can be defeated by what appear to be its central mechanisms: proliferating information, holding political officials accountable for their actions, and uncovering secrets.”

In the past decade, accountability was sought through performance-tracker websites though they don’t always do the job of keeping tabs on political rulers. Often, they aren’t updated. Sometimes, they just fade away into a template for good intentioned initiatives.

The Truth Tracker, for example, launched in early 2014 in Pakistan to plot politicians’ past promises alongside post-election performance, was last updated in April that year.

The Buharimeter, created in Nigeria right after Muhammadu Buhari’s election in May, is supposed to hold the president to account and claims thousands of users, but however closely you examine it, there are few clear answers on how well the former general is doing on his key promises of tackling Boko Haram and corruption.

Might websites be really rather old world then for the task of tracking politicians? The tech world is increasingly suggesting that wearable technology might be the solution. If police officers can be required to wear cameras at all times when they’re on duty, why shouldn’t politicians don something that relays a constant feed to the public?

The feed might be a little bit like a parliamentary TV channel, which tracks debate and voting in the legislature.

Ozy, a Silicon Valley digital magazine that is stiff with tech royalty connections including Steve Jobs’s widow, recently fantasised about a politician’s wearable that would be “something between a Fitbit and an ankle bracelet”.

Just as a wearable device tracks heart rate, activity levels and other fitness data, the political performance tracker would compute and display information about the leader’s activities and effectiveness.

It would exclude – by high-tech sleight of programming – any security information that might endanger the leader themselves or affairs of state. One can instantly see the problem with this caveat. National security considerations could be constantly trotted out as a reason to interrupt huge sections of the feed.

After all, they were used to justify the mass surveillance revealed by former US government contractor Edward Snowden. As Fiona Ziblin argues in Ozy: “In a democracy, leaders serve the public, and are accountable to its members. Which is why we should be spying on them instead of them spying on us”.

Fair enough, but it does seem frighteningly like The Circle, Dave Eggers’s 2013 futuristic novel, in which politicians and others are placed under enormous pressure to wear so-called SeeChange cameras manufactured by a powerful technology company.

The tech firm describes it as “going transparent”, a revolution for the greater common good. This basically means that everyone everywhere can see and hear everything that you see and hear and do at all times. The book’s protagonist, Mae Holland, says this sort of access is necessary because “secrets are lies, sharing is caring, privacy is theft”.

But would turning politics into an unending reality TV show really promote good governance? Would a ceaseless stream of unexplained footage, without context and background, really mitigate public ignorance and make politicians more effective and accountable?