As its debts become due today, here’s why Puerto Rico really is not Greece 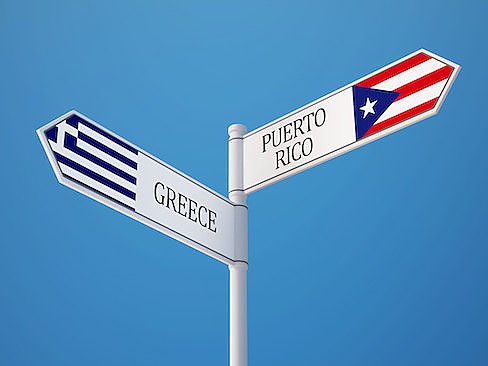 On Saturday, August 1, Puerto Rico’s debt payments become due. The US territory has to deliver $58 million in so-called “moral obligation” bond payments. It can’t. And it probably won’t. For those who liken Puerto Rico’s situation to that of Greece, here is a basic fact:

Puerto Rico is NOT the Greece of North America.

Of course, there are some similarities. These are:

But unlike Greece, Puerto Rico’s generous safety net benefits are like a Rolls Royce ride along the world’s bumpy economic highways. They make it uneconomic to work, or at least to labour overly hard. As Robert Samuelson puts it in The Washington Post, the benefits are as follows:

In fact, the safety-net benefits far outweigh the sweaty exercise of working. Mr Samuelson quotes an estimate that found “a three-person household can receive $1,743 in monthly benefits compared with $1,159 in take-home pay for a minimum-wage worker”.