On refugees, Angela Merkel has been nothing like that ugly new verb, Merkeln 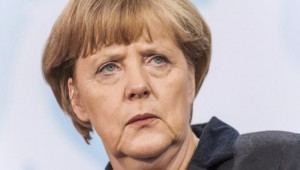 The migration issue – and Germany’s remarkable response to it this week – means it wasn’t a good time to be chiding Chancellor Angela Merkel for doing too little, too late, about anything. According to NPR, ‘Merkeln’ is a real word, an uncomplimentary one that is running for German dictionary publisher Langenscheidt’s Youth Word of the Year. It is defined as “to do nothing, make no decisions, issue no statements.”

But Frau Merkel figuratively moved mountains in the last week of August.

She declared that it was wrong for Europe to let the migration crisis play itself out in decomposing bodies and desperate scenes of hardship and hunger. Actually, she didn’t use quite those words – the Chancellor spoke more conventionally, saying that the migration crisis was “unworthy of Europe” – but she clearly thought them. Why else would this unemotional and pragmatic scientist announce that Germany would henceforth help Syrian refugees remain in the country rather than enforcing the Dublin Protocol? (This, incidentally, is the 12-year-old legislation designed to stop migrants traveling through Europe to countries they think might be more receptive to asylum applications.)

It is to Mrs Merkel’s credit – and that of her cabinet – that they are willing to take a more pro-active and sensible view of the migration issue than any other European government. They have clearly taken note of the inevitable consequences of the four-year-old Syrian war, which has killed 250,000 people so far, placed millions of civilians in peril and created a situation that led to 185,000 people claiming asylum in Europe in the first quarter of 2015.

As Leonid Bershidsky’s excellent analysis on Bloomberg View put it, “Germany’s decision not to expel Syrian refugees isn’t merely humane, it also is rational: The money spent on deportation would be wasted because bankrupt Greece, for example, wouldn’t be able to resettle the deportees and many could wander back to Germany.”

Even so, the 800,000 migrants Germany expects to arrive this year equal one per cent of the population. That’s a lot of people and potentially, a fair amount of social (and cultural) tension. Becoming what Mr Bershidsky approvingly calls “one of the world’s new immigration hubs” will have its problems.

And yet, there is reason to believe that the German authorities consider it better (for everyone, and crucially, for Germany) to accommodate the migrants than to try and force them out of Europe.

There may be some pointers in a now nine-year-old paper, ‘The Costs and Benefits of European Immigration’, quoted by Mr Bershidsky. It was written by the Hamburg Institute of International Economics and assembled diverse research and theoretical models. He says that it concluded the following:

It’s probably fair to extrapolate from that Hamburg Institute paper that immigrants had best be integrated into the labour force as soon as possible. That’s even if their resident status is not likely to be permanent or cannot be assessed for the long-term at this point of time.

People will always flee trouble – why would they not, so would I – the wisdom is in recognizing the inevitable and putting it to work for oneself. In this, Angela Merkel has been very un-Merkeln!