Kagame’s Rwanda is planning a national network of ‘drone ports’. No, really 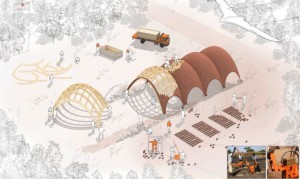 When I visited Kigali a few years ago, it was obvious that President Paul Kagame had, to put it politely, a tremendous hold on his country.

This is hardly a contentious statement but if further proof were needed, how about the October 29 vote in the lower house of Rwanda’s parliament to allow Mr Kagame to extend his rule beyond a second term that ends in 2017. He could possibly stay on until 2034.

By then, if Mr Kagame’s government has its way, there will a busy network of ‘drone ports’ that would enable a fleet of unmanned aerial vehicles deliver packages weighing up to 10 kilograms.

Amazon, which has been trying for two years to get permission in the US to set this up, can eat its heart out. Rwanda’s tech guys, according to The Fringe, have set their minds to creating a drone port nation.

This is, to be fair, of a piece with some other innovative tech measures taken by the Kagame administration. It’s just finished building a national fiber-optic network and it sponsors a program that provides a laptop to all school-aged children.

But the media watchdog Reporters Without Borders says all the tech in the world cannot set Mr Kagame’s Rwanda free because his ” policy is similar to that of China’s – embracing technology but controlling and censoring it.”