Let’s face it. It’s impossible for everyone to care for every city & everyone equally 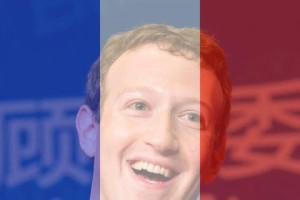 Can we care about all people equally? Mark Zuckerberg said he and Facebook did, after criticism that the social media site was less engaged with suffering Beirut as with Paris.

Mr Zuckerberg’s remarks should be viewed with respectful skepticism. He is a CEO. Part of his job is to keep his company’s balance sheet looking healthy. He needs to invest in good vibes and that comes with public approbation.

Mr Zuckerberg is neither a social scientist or a spiritual leader. He does not expect to be believed.

Bobby Ghosh puts it very accurately on Quartz. “Multinational corporations like Facebook may feel obliged to affirm—and indeed, may be required to demonstrate—symmetrical sympathy with people all over the world, but that is an impossible standard for human beings,” he writes. “We do not ‘care for all people equally’. We can’t.”

It’s not about race, religion or exclusivism. I care about Tunis because I have family there. Ditto Bologna, Halifax, Vancouver, Beloit, other bits of Wisconsin and Florida, Santa Clara, Oakland, Dubai, Delhi, Pune, Lucknow. I care about Abu Dhabi, Dubai, Port au Prince, Kabul, Herat, Cap Haitien, Chicago, Boston, Sarasota, Delhi, Mumbai, Amsterdam, Paris, Chisinau, Brussels, New York and a host of other cities because I have friends there.

Or have some familiarity with the place. Can remember things I did there. And the people.

It’s impossible to have equal regard for everyone and everywhere. And if we did, that would probably be quite useless.