At the end of a dreadful year for Tunisia, a picnic on Faisal’s farm seeds hope

I met Faisal Ben Mustafa on a balmy Sunday in December on his farm less than a hundred kilometres from Tunis. You could see Menzel Bourghiba, the city the French used to call Ferryville (after Prime Minister Jules Ferry) just over the way. 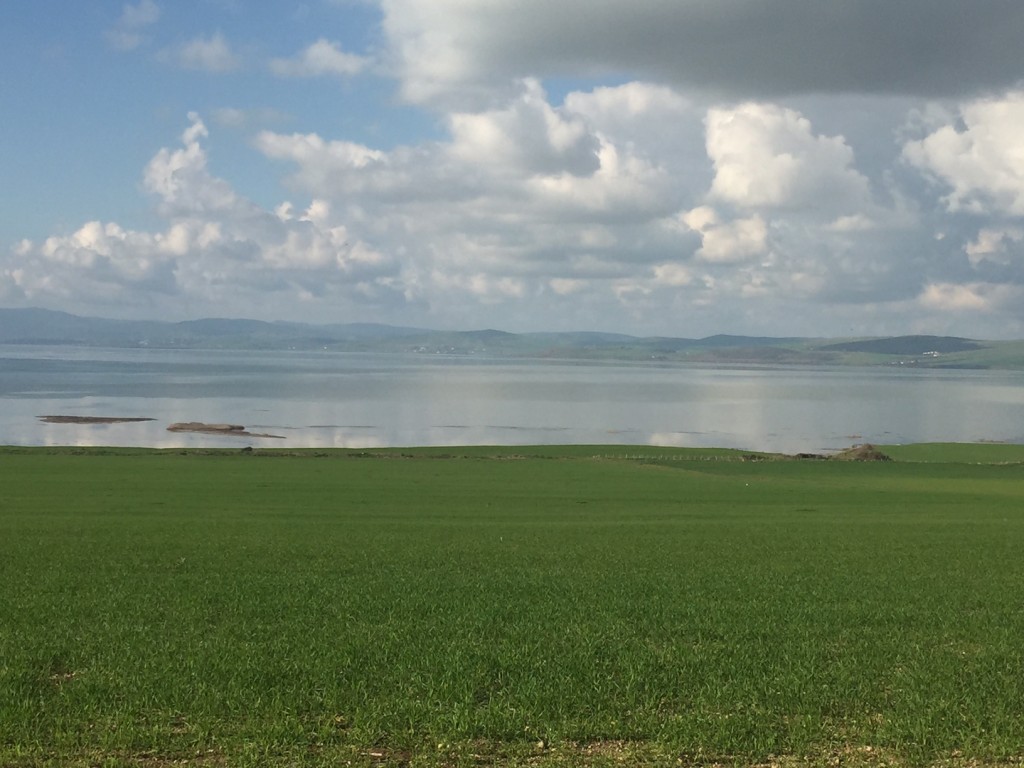 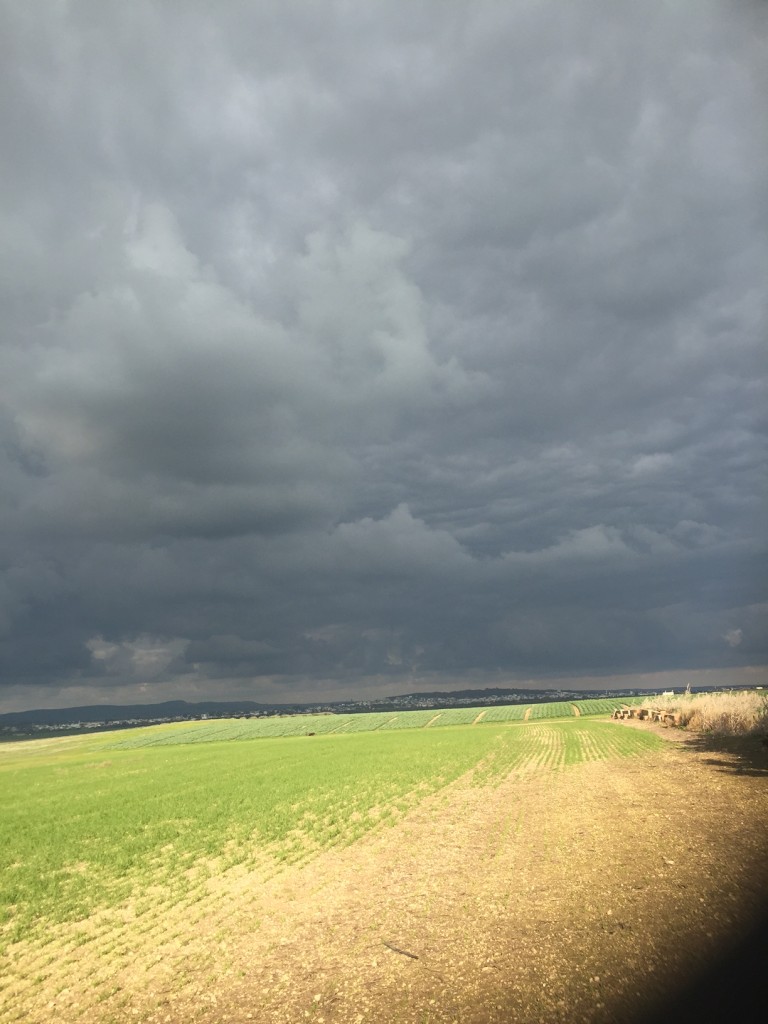 Except for his smartphone, the smart security camera system that he’s put up and the acres of pumpkins harvested as a market-friendly measure unknown to his forbears, Faisal seemed to live as did his father, grandfather and great grandfather.

He got up with the sun and ended his outside workday when the great orb went to bed. And yet, there is a crucial difference between Faisal Ben Mustafa’s idea of tomorrow and that of his father.

Faisal’s oldest son, Skander, is studying agronomy at college (in El Kef, far to the west of Tunis, near the Algerian border). But Faisal, also his father’s eldest son, was marked for life as the one who would one day manage the farm and therefore didn’t need much schooling.

The day we met, Faisal’s farm, Ezzarour, lay smiling in the Tunisian sun. The wheat fields, recently planted, bright green, tender, needing rain and the farmer’s watchful eye, ran down to Lake Ishikiel, which is salty half the year. His black sheep – 500 or so – ran out to graze on grass that would have been longer and juicier if there had been more rain.

Faisal wore his occupation as easily as his admiral blue corduroy jacket, shapeless jeans and scuffed shoes. He had never lived anywhere other than on Ezzarour. It would be a big farm anywhere – hundreds of hectares of fields, yards of barns, oodles of expensive equipment – but in Tunisia, it is possibly more costly to stay profitable because of the expense of corruption (and “maintaining good networks”.) 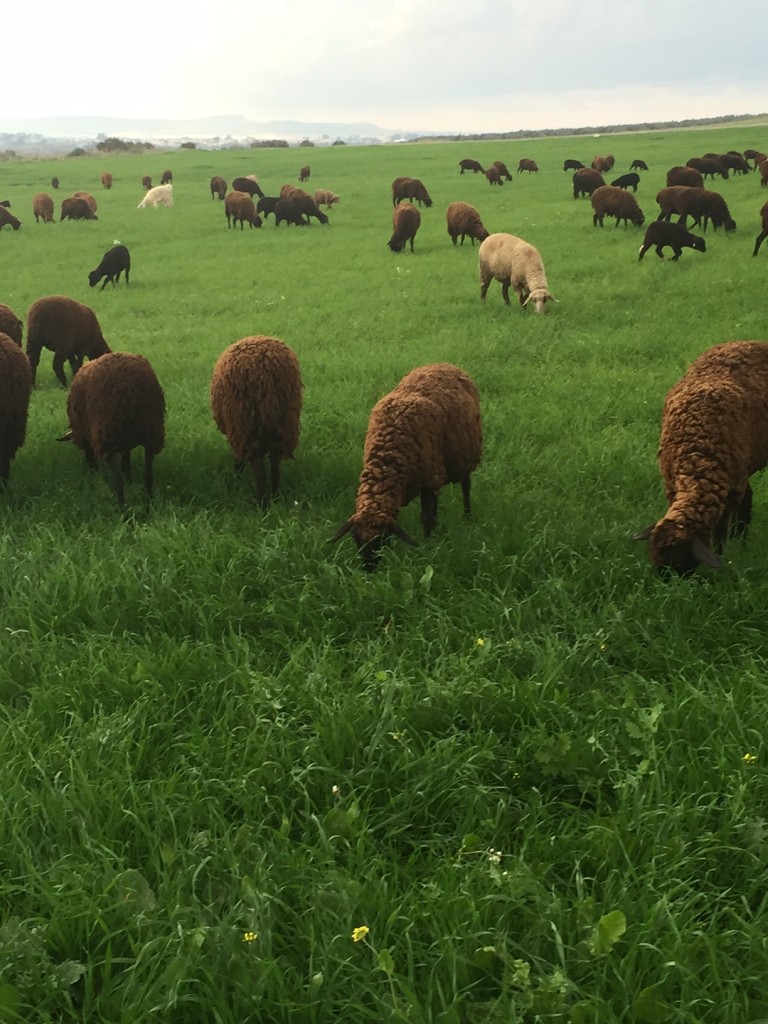 So what seems to be Faisal’s idea of tomorrow? I would suggest it is Skander, his son.

Faisal went to school initially but stopped when it was no longer possible because he was needed at the farm. For Faisal, his elders considered it enough of an education to know the cropping pattern, how to diagnose a sickly field, assess the yield. They were right – and wrong. Faisal needed to know that – and a bit more, the science and the art of farming. That is what his son is learning.

Anyway, the difference between Faisal’s upbringing and that of his younger brother, Jamil, is apparent. Jamil continued with school and now, as we found, he can speak enough French to be able to hold a conversation with non-Tunisians. Not so Faisal, who is bound by the impressive depth and limited breadth of his knowledge of Ezzarour and its surrounds, and farming just this particular plot of land.

It is Skander who links Faisal to an idea of tomorrow that will almost certainly be different from today.