Most people don’t know that Kairouan in central Tunisia is fourth holiest city of Islam – after Mecca, Medina and Jerusalem.

But Kairouan itself takes its status very seriously – a large public sculpture representing carpets from four points of the Muslim world welcomes visitors; further along, there is another public monument comprised of the Arabic calligraphic rendering of ‘Allah’. (It’s very new and could have been written and executed with more delicacy and aestheticism).

The Aghlabid Basins, beyond the Avenue de la République, once supplied water for the Aghlabid palace hundreds of years ago and look in fine shape even now.

There is much to blow you away in Kairouan, not least its Great Mosque, the Sidi Uqba Mosque, named for Uqba ibn Nafi, the Arab commander who founded Kairouan in 672. It is the oldest Islamic building in North Africa and is vast – 135 m long by 80 m wide.

The same principle of recycling we saw in the Testour mosque is followed here – with mismatched Roman columns in its vast inner courtyard.

A sundial marked with the five prayer times sits in the courtyard and this collects rain water – the imprints are of the gazelle, horse, sheep and camel.

Kairouan’s walls (three-and-a-half km) are still, for the most part, intact, giving you a sense of what it must be like to live in a mediaeval walled city.

The mosque of the three doors has the mausoleum of Abu Al Balaoui, a friend of Prophet Mohammed, who arrived in Kairouan in 654 and died that year during a battle with the Berbers. He is said to have carried three hairs from the Prophet’s beard and is buried with them. Tunisians call Al Balaoui Sidi Sahbi. 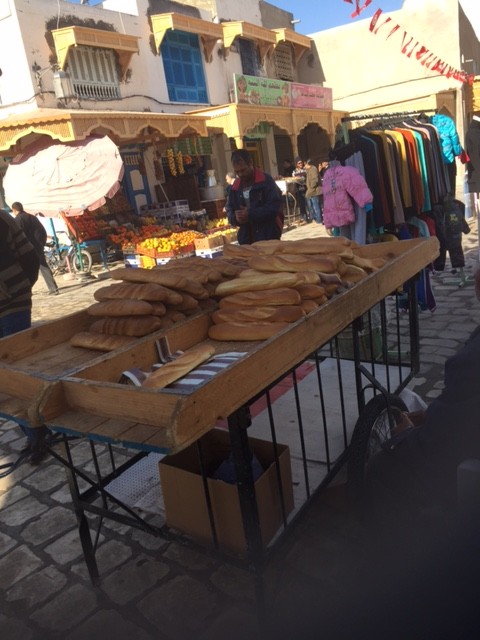 The market is bustling and unexceptional in the way of the modern bazaar all over the world. But the cleanliness and good order of the city is striking. 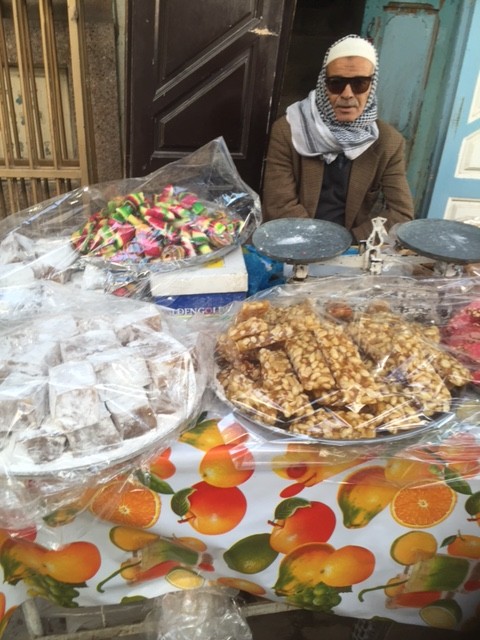 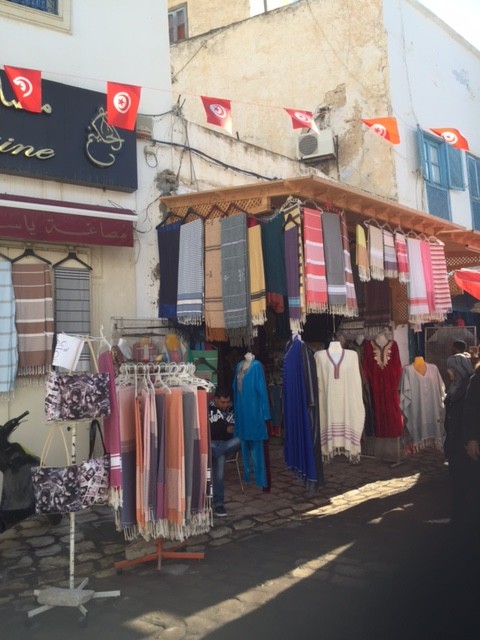 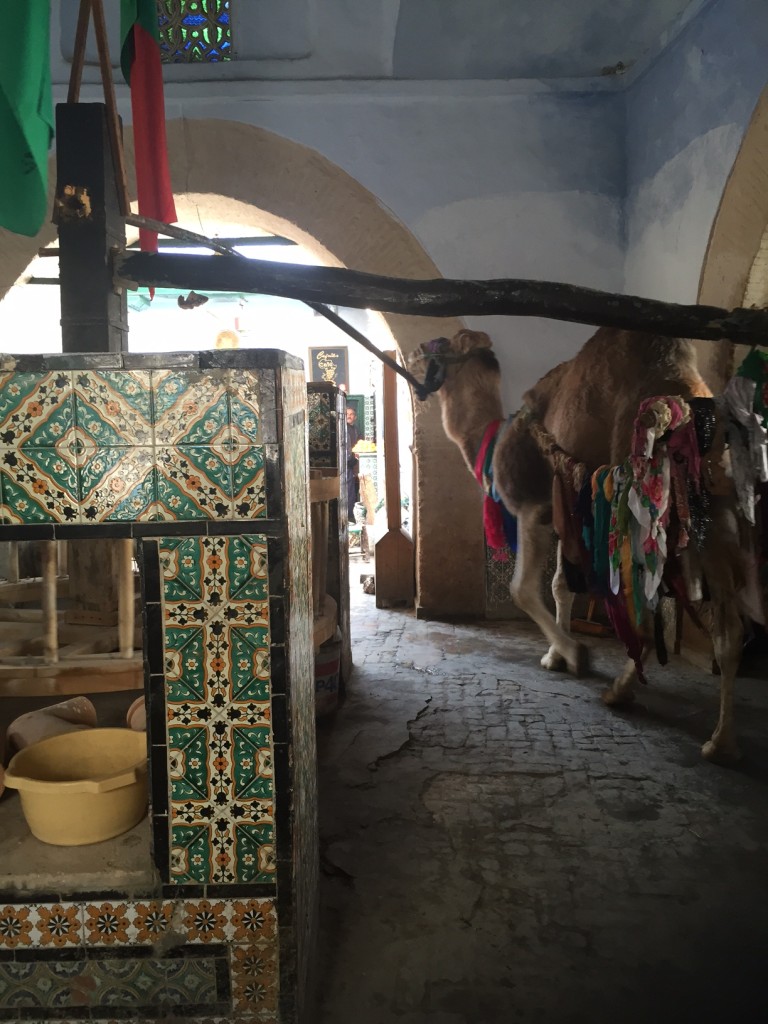 And there is the Bir Barrouta, a 17th century well that’s supposed to have a miraculous holy link to the Zam Zam in Mecca. A camel powers the pulley system, urged on by a little man wearing green glasses and an aspect of undoubted authority. In Bir Barrouta, he is the sultan.

Finally, there are the carpets, for which Kairouan has been famous for 1500 years. 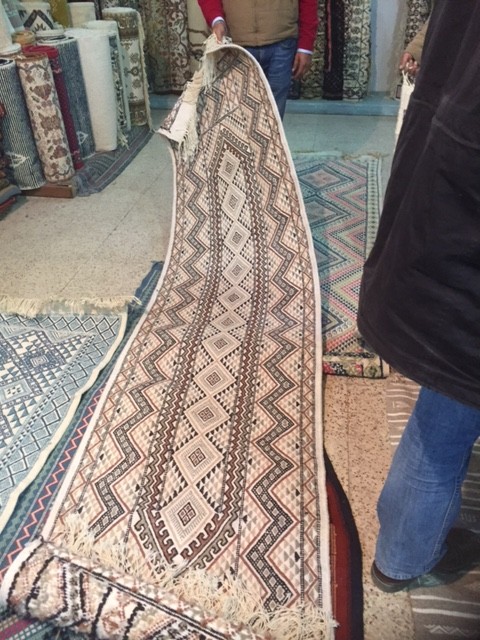 Back in the fifth century, Greek poets were writing about the rugs of Carthage and fealty was paid to the Caliph of Baghdad partly in the form of Tunisian rugs. Women do the weaving. The carpets are pile (zerhiya)  and short-nap, of which short-nap fall into two categories –mergoum, which have a diamond pattern worked into a neutral ground, and klim, formed by alternate strips of natural-colored wools.