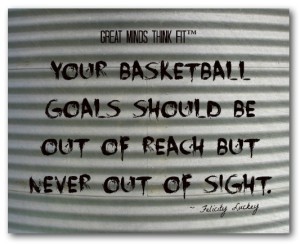 “There is a lot of bad poetry in the world,” writes sports columnist Sally Jenkins in ‘The Washington Post’. It is the first line of a touching piece about stripping away literary pretension.

Ms Jenkins was describing an unexpectedly triangular connection – poet Mary Karr who wrote ‘Loony Bin Basketball’; Phil Jackson who is considered the “zen master” of American basketball coaches and Pat Summitt, who has the most wins of any National Collegiate Athletic Association basketball coach.

The connections linking the three are as follows:

There is a fourth string to the triangle. Ms Summit’s memoirs were written with help from Ms Jenkins, who learnt the philosophy of Phil Jackson’s triangle offence from her.

(The principle, for those who want to know, is as follows: If three players on one side of the floor form a triangle and collaborate unselfishly and without ego, an open shot should result.)

Anyway, the real point about this particular column is that you can’t win a basketball game or a reader’s attention with humbug.

Years ago, Mary Karr wrote “indecipherably abstract” poems filled with Nietzsche. But her poetry workshop leader in Minneapolis, Etheridge Knight, tapped a pen on her sternum. “Your heart, Mary Karr. Your heart knows what your head don’t.”

The struggling poet discovered this herself during a part-time job teaching poetry in a home for mentally disabled women. Her students responded to Pablo Neruda’s imagery of “sulphur-coloured birds’ in his poem ‘Walking Around’. Lesser, imitative works didn’t get the same response. That’s when Mary Karr started writing from her sternum and that’s why ‘Loony Bin Basketball’ is not really about basketball, but “about that latency of the soul, buried in even the most inoperative-seeming people.”

Karr, the poet, dedicated ‘Loony Bin Basketball’ to Jackson, the coach, because she felt that he tried to teach his players the same sort of “pure presence” she saw in a mental hospital patient who played the game beautifully (in his head and in the ward). He was like that tap at the sternum, demanding the basketball player surrender false ego and lose himself.

As must any writer who cares about the story.