Is it just me or is President Obama becoming linguistically sloppy? 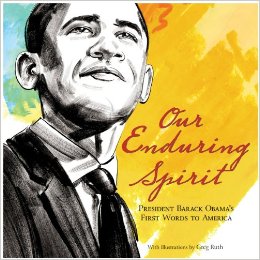 This might sound like an odd question. After all Barack Obama is the man who wrote New York Times’ bestsellers ‘Dreams from my Fathers’ and ‘The Audacity of Hope’. He’s the leader who can bring tears to people’s eyes with his word pictures. And he’s a politician who solemnly distils the truth into sentences we can believe (and crucially, understand).

“The shift to a cleaner energy economy wont happen overnight, and it will require tough choices along the way. But the debate is settled. Climate change is a fact.”

“A good compromise, a good piece of legislation, is like a good sentence; or a good piece of music. Everybody can recognize it. They say, ‘Huh. It works. It makes sense.”

But still Mr Obama’s latest and last State of the Union address had the President mis-speaking. Not in the way of George W Bush but pretty spectacularly for so precise and gifted a writer and speaker as Mr Obama.

Two examples of the disappointing imprecision:

“The Middle East is going through a transformation that will play out for a generation, rooted in conflicts that date back millennia”.

“Last year, Vice President Biden said that with a new moonshot, America can cure cancer. Tonight, I’m announcing a new national effort to get it done. And because he’s gone to the mat for all of us, on so many issues over the past forty years, I’m putting Joe in charge of Mission Control. For the loved ones we’ve all lost, for the family we can still save, let’s make America the country that cures cancer once and for all.”

Here’s the problem with both statements.

The Middle East is NOT rooted in conflicts that date back millennia except for the Shia-Sunni divide. Some of the problems that bedevil it don’t even go back 50 years. It’s lazy thinking – and not something one would expect of so cerebral and nuanced a man as Mr Obama.

As Vox’s Max Fisher wrote, the President’s comments “risked perpetuating the widespread ‘ancient hatreds’ myth that feeds two dangerous and mistaken beliefs about the Middle East: 1) that these people just hate each other because that’s how they are “over there,” and 2) that the problems run so deep that they can’t be solved and we shouldn’t bother trying.”

The problem with the moonshot is slightly different. TIME magazine has written, many things have been compared to moonshots: Google Books, nuclear fusion, Google Glass, artificial brains, drone delivery, getting from New York to London in one hour, a really big home run.

But the only thing that actually is a moonshot is going to the moon. “The problem with using that real moonshot to call for metaphorical moonshots is that it misunderstands both the stakes and the difficulty of actually accomplishing what it is you’re trying to do—making hard things seem easier than they are,” TIME wrote.

As for curing cancer, which isn’t one disease, but a hundred or more, there can’t really be a “war” or a “moonshot” unless every patient with every kind of cancer receives a sort of personalized care in every part of the world.