If you want to beat ISIL online … fight them offline 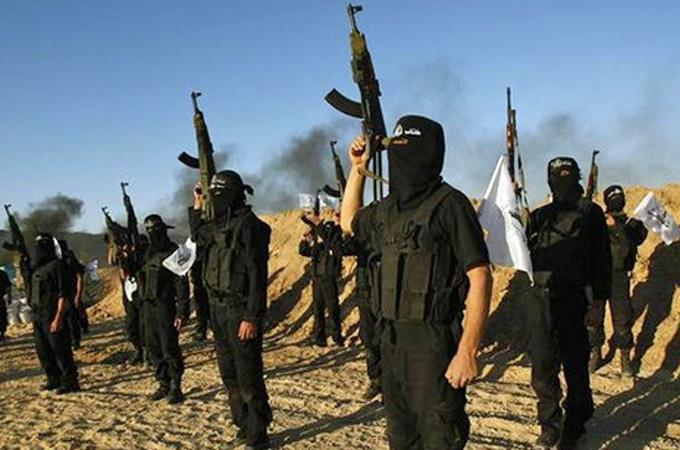 For the third time in as many years, the US government has changed its mind about how to wage digital war against ISIL and other extremist groups. No longer will the State Department focus on “countering violent extremism”, it will do “global engagement” instead. It won’t launch into futile social media arguments centred on the daily news cycle, instead it will “build narratives around thematic campaigns on the misdeeds of our enemy (eg, poor governance, abuse of women, narratives of defectors)”. And it will quietly provide seed funding to a slew of NGOs and media start-ups to join the online battle.

The US government has pursued variations on these themes before. The initial battleplan was to use bloody imagery and spoof ISIL propaganda to undermine the group and disrupt its recruitment drive. When that proved counterproductive, the focus turned to “more factual and testimonial” messages highlighting ISIL’s brutal disregard for basic human principles. To now rebrand the state department’s counterterrorism communications headquarters as Global Engagement Centre (GEC) and appoint Michael D Lumpkin as its new boss changes little. What is more interesting is the statement announcing the mental rejigging under way in Washington. Ned Price, spokesperson for the National Security Council, Barack Obama’s principal forum for national security and foreign policy matters, has said the new GEC will allow the US government to “shift away from direct messaging”. This makes sense, if only because the US government has absolutely no street cred in a scenario that pits it against extremist ideologues with online silver tongues.

Consider ISIL’s prodigious online presence. According to some estimates, it uses 46,000 Twitter accounts, as well as Facebook, WhatsApp, Snapchat and peer-to-peer platforms such as Telegram and Kik to address nearly one billion Muslims around the world.

It disseminates a huge tranche of information every day, according to a study by Quilliam, the counter-extremism think tank in the UK. For one month from mid-July, Quilliam tracked what it called ISIL’s “unique propaganda events” and found that it sent out 38.2 pieces of information a day, “the success of which lies in the twin pillars of quantity and quality”.

This is why calls for a new multi-stakeholder “digital counterinsurgency” that includes governments are growing louder. The concept began to be heavily promoted a couple of months ago by Jared Cohen, director of Google Ideas and a former senior adviser to two US secretaries of state, Condoleezza Rice and Hillary Clinton. Mr Cohen has been lecturing on the proposed digital counterinsurgency to think tanks and universities around America and this week, he brought his idea to London. He calls for a “digital surge” like the military one in Iraq, and says that boosting “the number and scope of initiatives that target each of this enemy’s online tactics” is the only way to marginalise ISIL.

He identifies four types of “digital fighters” – a central command that gives orders and provides resources for content creation; lieutenants who distribute the videos, images and other propaganda; sympathisers who help the lieutenants; and bots, non-human fighters powered by software applications, which automate the distribution of ISIL messaging.

A successful digital surge, Mr Cohen argues, would drive ISIL “into the online equivalent of a remote cave: the so-called Dark Web that is not indexed by mainstream search engines. When its propaganda becomes difficult to find, the organisation will struggle to spread its message or lure new recruits.”

If only digital victory were that certain. But in theory, Mr Cohen should know what he’s talking about. While in government service, he focused on counterterrorism and counter-radicalisation. At Google, he presumably has real-time access if he wants it to the basic daily drills and defensive and offensive manoeuvres of the cyberspace battle. And yet, there is an inherent problem with Mr Cohen’s proposed “recapturing digital territory”.

Even the most watchful government or the most wily extremist group cannot control the internet. And the virtual world has its own slippery rules. His suggestion that “accounts belonging to the digital central command should be identified and suspended, just as we would capture militants in the physical world” doesn’t recognise the shifting nature of internet identities. His recommendation that law enforcement agencies “deter” ISIL’s digital lieutenants and their sympathisers is simply undoable – it is a vast task and impossible in the age of free speech.

Perhaps the real way to fight ISIL’s digital battle may lie in this paradox: wage the war for hearts and minds offline and make the counterargument real.

This is a point admirably made by Emma Nicholson, the British peer who chairs the Amar International Charitable Foundation that supports some of the millions forced from their homes by ISIL in Iraq. She tells a moving story of three Yazidi girls she recently rescued from ISIL and brought to London to testify before the House of Lords. The girls consented to feature in short videos that documented their ordeal and Baroness Nicholson took the films – and the girls swathed in veils – to a British school whose pupils were at risk of being turned by ISIL.

“They were stunned, silent, devastated,” she says, “and then, one by one, they started to get up [and speak out against ISIL]. I think there is a reality that is missing in social media.”

Perhaps real-life stories may be the only way to properly challenge ISIL’s slickly retouched digital make-believe.