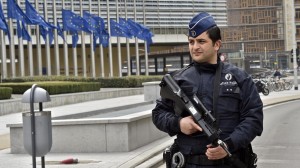 Amana Fontanella-Khan, The Guardian’s assistant US opinion editor, has stuck it to Donald Trump for his “painful message” to Brussels and Europe after Tuesday’s multiple terrorist attacks.

“It’s your fault,” she correctly reads Mr Trump’s message to the grieving de facto capital of Europe. Your fault for being too open, too diverse, not keen enough on deporting Muslims, on waterboarding, on stigmatizing residents for their religion, not being fearful enough of the hate “they” bear towards the West.

Brussels, which Mr Trump has previously called “a hellhole”, was once an “absolutely crime-free city” he has now said. As Ms Fontanella-Khan reminds us, Mr Trump has woundingly diagnosed Brussels’ problem as the introduction of open borders in Europe. In the United States, she writes, Mr Trump “tells voters that America is losing. Doubtless, he thinks Europe is losing too.”

But this latest attack is hardly proof of that, she says, even though “there are some in Europe who will agree with Trump. They want the walls he speaks of.”

That is not the solution. The “project of Europe” remains viable and real and a worthy aspiration. As Ms Fontanella-Khan says, whatever Mr Trump may think, “even in this moment, Brussels is still beautiful – not just because of the people and buildings which populate it, but because of the ideals on which it is built.”