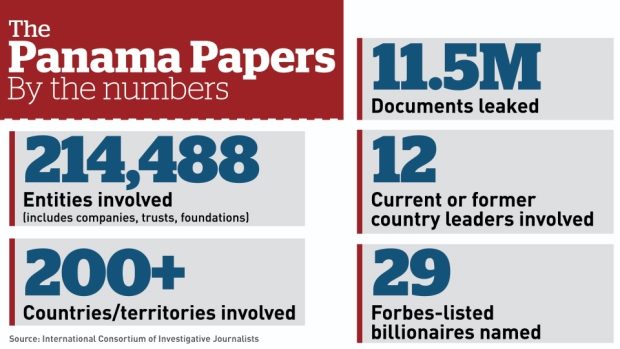 It’s hard not to feel Panama’s pain. Here it is saddled with a freshly minted reputation for unethical business practices and it aint really done much wrong. Or reaped the benefits of it.

How can Panama help it that the world’s fourth biggest off-shoring law expert Mossack Fonseca is based in Panama? That the “Panama Papers” are named for Mossack Fonseca’s headquarters, not its stamping ground.

This is one of those frustrating reputation problems because Panama has, unbeknownst to many around the world (including US Democratic Party presidential hopeful Bernie Sanders) been cleaning up its tax-haven act for the past four years. That’s when the US signed a free trade deal with Panama, an agreement that hinged on a separate negotiation granting US tax authorities more access to Panama’s financial system. Panama also had to closes the “bearer shares” loophole, the least transparent part of a company, which doesn’t even need the owner’s name to be registered.

The leaked documents show that Mossack Fonseca itself had been steadily reducing its activity in Panama for several years in preparation for the coming trade pact with the US.

But this is granular stuff, gritty detail that’s only really interesting to nerds, tax officials and investigative journalists. It does nothing to explain the state of Panama to everyone else. As one Panamanian lawyer complained, “We’ve been internationally catalogued as corrupt money launderers (but) it’s a country with almost four million people and we cannot allow it to be denigrated.”

But it will be. The Panama Papers will forever brand this tiny little known Central American country.