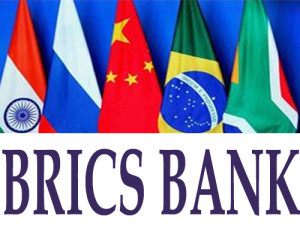 How far we have come from that day in November when news came that Goldman Sachs was planning to shut its BRICS investment fund.

At the time, it was considered, in that overused term, “the end of an era.”

Now, it seems really smart and the sort of look-ahead policy that prevents banks and businesses from going bust.

Successive economies in the BRICS – Brazil, Russia, India, China (and later South Africa) – have weakened in the past few years. Back in November, Goldman’s fund report showed that assets had dropped 88 per cent from a 2010 peak.

It took more than a decade for Goldman Sachs and the world to realise that the BRICS weren’t a business asset or even a business entity. In fact, they are large, politically diverse countries at different stages of development and industrialization.

And yet, the mania for clever new acronyms had everyone admiring Goldman Sachs economist Jim O’Neill’s lumping of four countries together as BRIC. Even so, Mr O’Neill did not necessarily say that BRIC was an economic entity that should prompt institution-building or mutual funds investment. All Mr O’Neill said at the time, as Quartz points out, was that Brazil, Russia, India and China were “rising in importance, and should be taken seriously by developed nations.”

The flaw in that argument was putting China near the end of the list, when as Goldman CEO Lloyd Blankfein pointed out at the time, it was the most important. Mr Blankfein suggested CRIBs might be a more accurate acronym but Mr O’Neill didn’t think something that created the image of babies was a good idea.

But it is China that is remains (overly) dominant. Last year, it accounted for 13.3 per cent of the world’s GDP, which is nearly double that of Brazil (three per cent), India (2.6 per cent) and Russia (2.4 per cent) together.

It could hold out on its own. From CRIBS to CRIB to CRI to CR to C.