After Nice, there’s a new global mood of despondency. Don’t give in to it

Can we be safe anywhere any more, wail some Tweeples after a lonesome petty thief used a 19-tonne truck to mow down 84 people in Nice. Facebook turned uncharacteristically teary and down-hearted. It had to be a sign of depression that profile photos didn’t change en masse to the Tricolor in solidarity with France. Nice didn’t trend as a topic. Like abused children, have we cried ourselves dry? Are we numbed by the percussive drumbeat of news – full of bloody attacks, weeping people and subsequent calls to “war”?

Newspaper columnists around the world shake their heads at our collective agony of insecurity. “The slaughter in Nice is a reminder that security in our daily lives is an increasingly rare commodity anywhere we live,” laments Joel Dreyfuss in The Washington Post. He gloomily adds for good measure: Henceforth, caution will be “the new normal”. For, we are engaged in “a pop-up war that we don’t know how to end.”

Finally, and most depressingly perhaps, there is this stark assessment from French prime minister Manuel Valls. Despite being a Frenchman, he seemed to be proposing two peculiarly British solutions: Keep calm and carry on and keep a stiff upper lip. This is what Mr Valls said: “Times have changed, and we should learn to live with terrorism. We have to show solidarity and collective calm.”

To many it sounded like resignation, grim acceptance that the world can be a scary global village. One in which the man next door might have travelled thousands of miles to get here, lived quietly for years, then suddenly become a mass murderer. The French prime minister didn’t say so in so many words but the use of a truck in Nice points to a terrifying redefinition of the terrorist attack – it has been reduced to ‘proto’ form, the most basic construct possible to spread the maximum amount of uncontrollable terror.

Nice killer Mohamed Lahouaiej Bouhlel, 31, has re-made the terrorist attack for the age of maximum security. He has forced it to evolve downwards – from the use of sophisticated technology to the magnificent simplicity of mundane everyday instruments, such as a truck, to kill ever-larger numbers of people.

We can’t ban trucks. Or cars. Or pans of hot oil. What’s to prevent a quiet skivvy at a kebab shop somewhere, from attacking customers with this deadly weapon one weekday night? We can’t legislate against cooking gas cylinders, lighters and matchboxes. What’s to stop some Disaffected Generic Attacker somewhere from throwing them into a crowded theatre?

The extremist group ISIS, which gleefully claimed Bouhlel, Nice’s Franco-Tunisian nemesis, as a “soldier”, correctly identified the truck weapon as a “new tactic”. It might better be called an evolutionary revolution. The mundane tool of murder can never be eliminated. No security training can ever prevent such an attack. There is no way to plan for runaway trucks or pans of hot oil.

And there’s little that can be done to forestall the murderous intentions of a troubled loner who may have been spurred to attack for reasons unconnected to any creed or principle, and then proceeds to do so without training or resources.

As Mr Vall’s cabinet colleague, France’s Interior Minister Bernard Cazeneuve put it: “We are now facing individuals who are responding positively to the messages issued by the Islamic State without having had any special training and without having access to weapons that allow them to commit mass murder.”

And yet another Frenchman, Defense Minister Jean-Yves Le Drian: “Even if Daesh (ISIS, Islamic State) doesn’t do the organizing, Daesh inspires a terrorist spirit…”

So, should we just accept that we live in the age of neverending terror?

No. Because the ISIS/Al Qaeda ideology of violence rests on a tripod of grievances:

Add to these the anguished disconnect that may be felt by a European national or resident of non-European ethnicity with his inevitable clutch of personal stories about discrimination.

None of these issues are easily addressed. But I still believe that an honest reassessment of the Palestinian issue and a determined international move to secure justice for them will start the process of healing. It will at least begin to drain the suppurating wound. 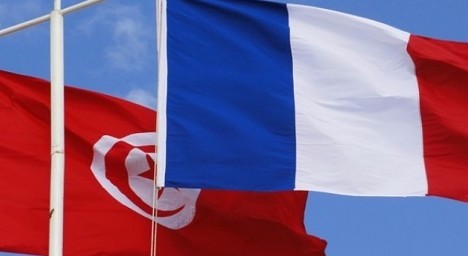