Trumping Nato will leave the rest of us vulnerable 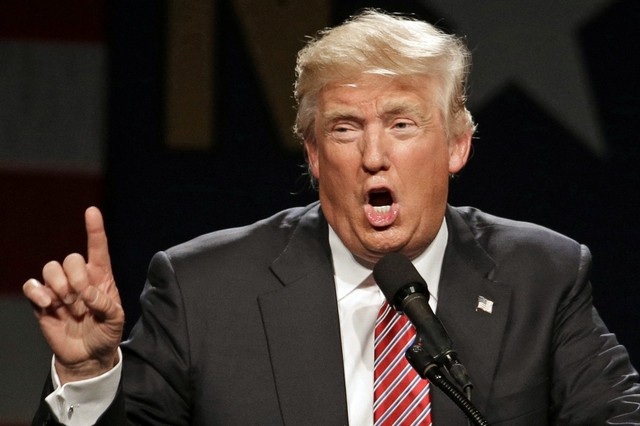 Nato, a prominent environmental activist once acidly said, was never going to be concerned about fishing. Quite, but might the world’s most powerful military alliance be reduced to that yet?

Donald Trump, who is running for president of the United States, has signalled that he doesn’t care. Adopting a dismissive tone towards Nato’s core principle – all for one and one for all – he has told The New York Timesthat if Russia attacked a Nato ally, he wouldn’t automatically come to their defence.

First, he would assess whether those nations “have fulfilled their obligations to us”. By that Mr Trump meant the cold hard logic of money. Were Estonia, Lithuania and Latvia paying their way to warrant American protection from the Russian bear?

Mr Trump subsequently repeated his rejection of Nato in a big-ticket speech to his Republican Party and then on the stump in North Carolina on Monday night. “I want them to pay,” he said of Nato’s smaller members. “They don’t pay us what they should be paying. We lose on everything.”

The mercenary arguments for devaluing Nato so casually advanced by Mr Trump have had the effect of a powerful earthquake in the interlinked spheres of military strategy and diplomacy. It has sent tremors through those who sit in think tanks and write papers on the architecture of world peace.

But is it quite the cataclysm it’s being portrayed? Yes, because no one, let alone an American leader, has ever sought to undermine Nato so thoroughly that Russian interests are advantaged across Europe and the Middle East and the American footprint in world affairs is substantially reduced.

In the nearly 70 years that Nato has existed, there have been many disagreements about the strength of the relationship between European members and the United States. In the Cold War era, there were persistent doubts over the credibility of the defence that Nato offered against a prospective Soviet invasion. After the Berlin Wall fell and the Soviet Union broke apart, Nato took a panicky brief moment to find a new role but even then it never seriously faced an existential crisis. There has been little appetite to visualise a world without Nato.

Despite mounting political opposition to vast collaborative projects such as the European Union and free trade deals such as Nafta and the Trans-Pacific Partnership, Nato has not faced populist anger within its 28 member-states.

Flawed and frustratingly bureaucratic though it may be, Nato has been consistently seen as an essential underpinning of the world as we know it. It is lauded as a pillar of trans-Atlantic stability, the guarantor of peace in Europe after the Second World War and a counterbalance to Soviet and later Russian expansionism.

Now, that happy state of stability appears to be over, at least so long as there’s a realistic chance of Mr Trump winning the November 8 election.

Even so, it may be worth taking a long, hard look at Nato. First, it is admittedly a Cold War product, as Jeremy Corbyn, the hard-left, pacifist leader of Britain’s main opposition Labour Party, has long maintained. Mr Corbyn is one of a long line of political activists who believe that “Nato historically should have shut up shop in 1990 along with the Warsaw Pact; unfortunately, it didn’t”.

Second, there is a school of thought, mostly argued by American international relations scholar John Mearsheimer that Nato was short-sighted and wrong to expand eastward too close to the bear’s lair, and that renewed Russian expansionism is the result. Professor Mearsheimer has suggested that Nato’s co-opting of three members of the former Soviet Union and four members of the Warsaw Pact was akin to a hypothetical Chinese military alliance in North America. Imagine American outrage if the Chinese “tried to include Canada and Mexico”, he said. Or, to quote Mr Corbyn again: “Nato expansion and Russian expansion – one leads to the other, and one reflects the other.”

Third, the US gains nothing – except perhaps a small chunk of change – by swapping the role of global policeman for that of a mid-level security operative. Exchanging a prestigious if onerous public service position for that of a hired gun will eventually run down American strength and capabilities as the Russians, Chinese, North Koreans and others boost their own capacity and their nuclear ambitions.

Finally, there is the issue of what, if anything, would replace Nato, repurposed as it is to fight against ISIL alongside non-Nato countries as part of a 65-strong coalition. Just last week, Nato members were in Washington with other members of the anti-ISIL coalition as they prepared for the battle over strategic Mosul, the largest Iraqi city under the extremist group’s control. As Douglas Lute, a former three-star general and United States ambassador to Nato recently explained: “ISIS borders Europe. Turkey has a 1,500-kilometre border with Syria and Iraq. And along much of that border we [Nato] are fighting, contesting ISIS.”

Clearly, much rides on Nato. There is a temptation to see Mr Trump’s words as either magnificently ill-informed or as an honest error. Mitch McConnell, leader of the Republican Party majority in the US Senate, has described it as a “rookie mistake”, adding that Nato is the world’s greatest military alliance.

Unfortunately, there’s no place for rookies in making war – or peace.