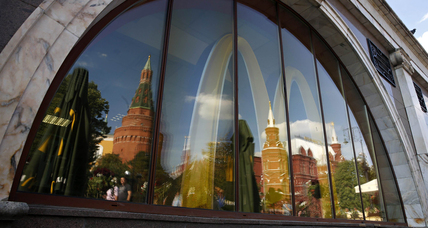 Now that British Airways is to fly to Iran six days a week, should we be updating the Golden Arches Theory of Conflict Prevention? The 20-year-old theory, it may be recalled, emerged from research in America. It found that no nations have gone to war with each other since McDonald’s opened up there. At the time, much was made of the fact that Israel had its Kosher burgers, Egypt no less than 18 branches of McDonalds and Jordan was soon to get one too. Everyone shook their heads over the fact that Iraq remained a Happy Meal-free zone.

For all the good burger PR implicit in the theory, it does make a crucial point. It says that a country can have a McDonald’s only when it has reached a sufficient level of economic prosperity and political stability to make war unattractive to their peoples.

So to British Airways’ resumption of direct flights to Tehran, after a gap of four years and considerable ill-will. (The British embassy in Tehran was stormed by angry protestors in late 2011, an incident described at the time by the Iranian media as a response to the UK’s anti-Iran policies.)

Bear in mind that British Airways’ return to the skies over Tehran comes just four months after Air France called time on its eight-year hold-off and resumed flying to the Iranian capital.

Could air links between countries – for business and pleasure – mean that they’re less likely to go to war?

The British Airways and Air France return to service in Iran is certainly a sign of its warming ties to western countries. The lifting of economic sanctions has enabled Iran to reopen for business and for the rest of the world to tread a path to its door.

It’s hardly a surprising notion that a Big Mac or an air link is a good indicator two countries are inclined to peace rather than war.

As far back as 1795, the philosopher Immanuel Kant was positing that constitutional republics were a guarantee of perpetual peace because if people had the vote, the majority would never use it to go to war unless in self-defense.

At roughly the same time, Thomas Paine, was also suggesting that republics were essentially peaceful constructs. “The Republics of Europe are all (and we may say always) in peace,” he wrote in ‘Common Sense’ and it is egotistical kings who go to war, not ordinary people. About half-a-century after Kant and Paine, Alexis de Tocqueville also argued that democratic nations are less likely to wage war.

They premised their theory of peace on democracy. Economics – the sale of Big Macs; running flights between capitals – can also be a powerful incentive for peace. 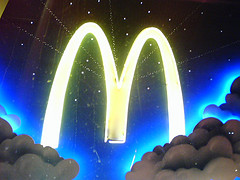