I’ve managed to book a visit to D.C.’s new National Museum of African American History and Culture – for December. That’s the first month the Museum that President Obama inaugurated on Saturday, September 24, was willing to consider new bookings.

Washington’s excitement over the new Museum was palpable. By mid-week, in the run-up to the Museum opening, hundreds of groups of African-Americans (lawyers, college students) from different parts of the country hadstarted to trickle into the nation’s capital to attend the opening and attendant events.

It was a grand and glorious occasion. When Mr Obama, America’s first African-American president stood before more than 7,000 official guests — and thousands more gathered on the National Mall — and repeated the words of poet Langston Hughes: “I, too, am America.”

For, the Museum – 400,000 square feet and home to nearly 40,000 artifacts – tells part of that American story in a way that has never been done. As Mr Obama said, “It helps us better understand the lives, yes, of the president, but also the slave, the industrialist but also the porter, the keeper of the status quo but also the activist seeking to overthrow that status quo, the teacher or the cook alongside the statesmen,” Obama continued. “By knowing this other story we better understand ourselves and each other.”

Or, as Museum director Lonnie Bunch said, the objects within “are a clarion call to remember…not just the well known but also those famous only to their families, whose lives in quiet ways shaped this nation.”

In December, I’ll get to see it for myself. 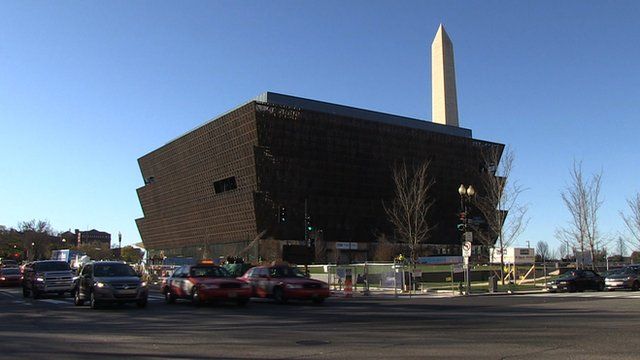