Is Putin’s Russia finally leading the world – but only into conspiracy theories? 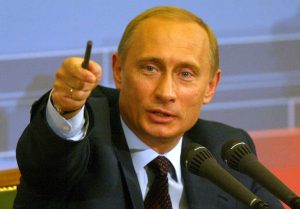 Anyone wondering what Vladimir Putin’s Russia is up to flexing muscle in the Black Sea, militarising the Crimea, exerting pressure on the Baltic states, and trying to interfere in elections, should read on.

In The Washington Post, conservative American columnist George F. Will describes Russia’s psychological war strategy as follows: “Undermining the West’s confident sense of itself is important to Putin’s implementation of his ideology of Eurasianism.”

A resurgent Russia, of course, would, as British journalist Ben Judah writes in Standpoint, run a “geographically ordained empire” that “looks east to Tashkent, not west to Paris.”

It was “glorious under Stalin’s steady hand,” writes Judah.

And it must be again. All’s fair in love and war. And the war is military and moral.

Other commentators have noted that Mr Putin’s Russia is building up a “state-sponsored culture of prudery” to safeguard it from the “rotting West”. (In this context, the recent revelations of Donald Trump’s lewd admission of sexual assault would make it easier for Mr Putin’s Russia to despise America all the more.) Bear in mind that the perceived Western decadence includes its tolerance of gay people and marriage equality – 21 per cent of Russians want homosexuals “liquidated”; 37 per cent simply advise “separating them from society.”

In his Washington Post piece, Mr Will offers a dispiriting insight into the way Putinism is infecting European and American ways of thinking: it is promoting a culture of unbelief in institutions and values. He quotes Peter Pomerantsev’s essay in Authoritarianism Goes Global, a collection published by Johns Hopkins to say that the “the underlying goal” of Mr Putin’s domestic disinformation is less to persuade than “to engender cynicism”. Mr Pomerantsev, who has studied 21st-century propaganda, describes the rise of conspiracy theories as follows: “When people stop trusting any institutions or having any firmly held values, they can easily accept a conspiratorial vision of the world.”

In sum Putin’s Russia is doing the following all at the same time:

** in Syria, it is actively preventing the end of Aleppo’s agony. Just last Saturday, October 8, Russia Russia vetoed a Franco-Spanish UN resolution that called for an end to the bombing by Syrian and Russian jets. Its argument was that the resolution was Russia “distorted” and would provide cover to terrorists

What of American strength then as a counterweight to Russia’s dark agenda? Not under a ‘President Trump’. Remember the truest thing he said in Sunday’s second presidential debate? It was this: “I don’t know Putin . . . I know nothing about Russia.”

Indeed, he does not. 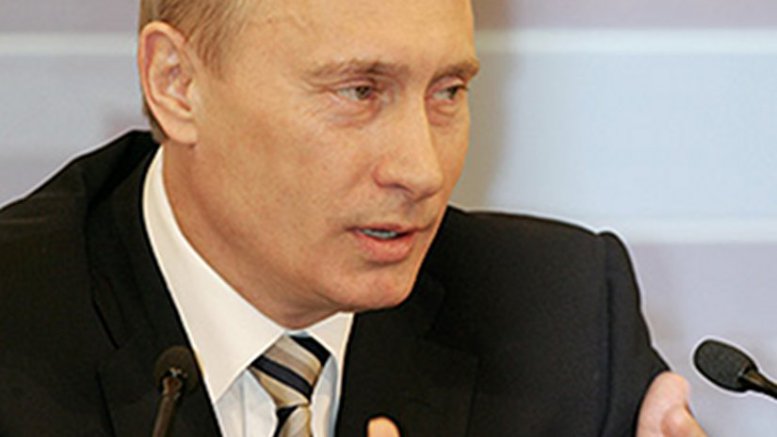