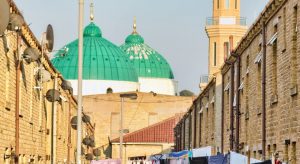 Predictably, easily and shamefully, a new British government-commissioned report on integration and opportunity for minorities is being dismissed as a Muslim-bashing exercise that unfairly puts the community in the spotlight. This, despite an inconvenient truth: The study by Louise Casey, a senior govern­ment official who has long worked on social welfare, offers a reason­able blueprint for positive and meaningful change.

If properly read, carefully absorbed, creatively acted upon and constructively extended, the report could serve to benefit British Muslims and the commu­nities they live in.

Yet, within hours of its publica­tion, those crying foul were leading the chorus against the report, its author’s perspective and her style of writing. “Inflam­matory and divisive,” said Mohammed Shafiq, chief execu­tive of the Ramadhan Foundation. “One-sided,” added Harun Khan, secretary-general of the Muslim Council of Britain. “Negative rhetoric against immigrants,” lamented Saira Grant of the Joint Council for the Welfare of Immi­grants. “Stop blaming immi­grants,” advised Jon Fox, an academic at the Centre for the Study of Ethnicity and Citizenship at the University of Bristol.

There was a reason the objec­tions sounded well-rehearsed, well-worn and wrathful. Such complaints are routinely trotted out whenever European countries consider issues to do with societal cohesion and cultural commin­gling with respect to their Muslim populations. There are many live points of friction, big and small, between European Muslims and the societies in which they live. These include sharia councils, burqa and burkini bans, mosque monitoring, polygamy, women’s empowerment, schoolboys shaking hands with their female teachers.

Some of them become contro­versial in France, Germany and Britain, which have the biggest Muslim populations in the European Union. Others become briefly important in countries with smaller Muslim populations — Belgium, Switzerland, the Netherlands, Sweden, Denmark.

In most cases, the end result was the same: Muslims bristle at being singled out for their social habits and cultural predilections; right-wing politicians play up Muslims’ alleged recidivism; governments alternately talk sweetly and talk tough. Everyone retires from the contest in a thoroughly bad mood.

This is where Casey report offers the chance to do something different. First, it says the unsayable, acknowledging that British politicians and officials fail to raise issues or deal with them for fear of being dubbed racist.

Second, it puts the authorities on the spot — requiring them to produce and pay for, say, informa­tion technology (IT) courses and sports activities for children in deprived areas to help young people of different communities come together. It also wants more funding for local English language and adult skills classes.

The report recommends that local authorities regularly collect statistics on hate crimes, on deficiencies in knowledge of English and on whether free housing is helping or hindering segregation. It suggests that immigrants’ rights and obliga­tions be understood all around, that new immigrants swear an integration oath and that British schools teach British values without hesitation or apology. It wants a new oath for public office holders, recommending that they pledge “tolerance of those with different faiths and beliefs”.

And it sensibly indicates that integration must be a process in which everyone participates — the newcomer as well the host community.

This last point is legitimate and enormously important. While the report emphasises the need for immigrants to integrate, it does not, as some critics have pointed out, strongly enough stress the parallel effort that must be made by white Britons. The report refers to “long-standing commu­nities struggling to adjust to the changes around them” but it does not focus sharply enough on how to bring these “long-standing communities” around to the view that all immigrants, Muslims and refugees are not necessarily dirty, dangerous and — in US President-elect Donald Trump’s favourite categorisation — a “disaster”.

Therein lies the challenge. It would be fair to say the issue is almost as intractable — and reflexively irritable — as the Muslim caterwauling that starts up when plans for social cohesion are considered.