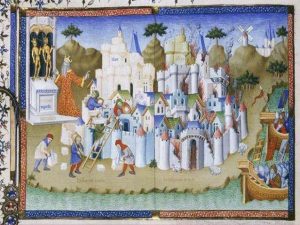 We know the truth about Donald Trump’s claim that the media deliberately under-reported terrorist attacks. It is laughably false and it is loose-lipped incite­ment to communal hate.

What we do not yet properly know is why the United States’ new president has made the outrageous allegation that journalists “have their reasons” to play down the terror threat.

Trump is obviously peddling a crackpot theory pushed by right-wing news/views outlets that the media are whitewashing terrorist attacks to protect Islam or Muslim migrants. It goes without saying that it does not behove a US presi­dent to deal in conspiracy theories but Trump is hardly the typical US president, seeming not to care about propriety, principle or presidential decorum.

The Trump administration seems to be seeking a full-throated denunciation of Islam and Muslims in every newspaper, on every media website, every TV show or radio broadcast. When there is a lone-wolf attack (or even when there is not), the Trump Republicans seem to want complete and utter denigration of a whole community and a faith group.

Why? Why is this president doing this? Even George W. Bush, who unluckily happened to be America’s commander-in-chief when 9/11 hap­pened, took care not to scapegoat US Muslims and thereby preserved social harmony.

What does Trump gain from pushing a clash of religious com­munities to an incendiary point? As with the use of nuclear weapons, would not such a strategy end in mutually assured destruction, a cataclysm that would consume us all?

Yes and no. Trump’s supporters, who mainly live away from big cit­ies, may calculate that they would be immune from any bonfires of communal disharmony.

Trump himself, with his exagger­ated self-belief and enormous self-love, may be so deluded as to think he and his family will be personally exempt from any conflagration. And yet, his false focus on supposedly under-reported terrorist attacks hooks in to something more sinister. Trump recently recommended that any future terrorist acts in the United States be blamed on the judge who temporarily blocked his entry ban on people from seven mainly Muslim countries.

That leads to the inescapable and chilling conclusion that this American president seems to want, perhaps even need, terrorist attacks.

Consider the comment from Philip Gourevitch, a journalist who wrote about the Rwandan genocide. He recently said in horrified realisation on social media: “Think about it. At this point Trump desperately needs America to be attacked by jihadis.” He meant, of course, that a terrorist attack would provoke fear and loath­ing in the United States towards minorities and migrants and allow Trump to loosen legal constraints on administrative actions using the fig leaf of top-secret national security.

No one in any position of authori­ty in this White House or the Repub­lican Party will confirm that such an idea exists but it is as dismaying as it is increasingly obvious that the germ of exactly such an evil idea is being revealed — over and over — by Trump himself.

Should we be surprised given the tone of his campaign? No, but the existing situation is a reminder of the enormous risk Americans have taken by putting such a man in the Oval Office. From medieval times, great importance was placed on the character and impulses of political leaders and their effect on the peo­ple they govern.

Al-Farabi, the tenth-century Muslim philosopher and the first to offer a holistic understanding of cosmology, ethics, politics and human nature, considered the role of the ruler paramount in the nurturing of a virtuous city. Though he lived in the enormous Abbasid empire, Al-Farabi followed earlier Greek philosophers in taking the city — “medina” in Arabic, “polis” in Greek — as the fundamental setting for political affairs.

A virtuous city, he said, was one that promoted human happiness. This happened, Al-Farabi said, because the citizens of a virtuous city were governed by righteous opinions not vulgar ones such as the pursuit of pleasure or of wealth. They would come to this state of being, he said, with the help of the ideal ruler, an individual with a gen­eral knowledge of practical affairs and a fierce love of justice and its advocates.

It is interesting to note the emphasis Al-Farabi placed on the opinions rather than the knowledge of citizens of the virtuous city. In his The Principles of Opinions of the Inhabitants of the Virtuous City, he suggested the citizens would get their opinions from the ideal ruler. Not the facts, just opinions, and Al-Farabi assumed, like most of us until recently, that the ruler would offer just and virtuous opinions based on viable facts.

In some ways, the idea of a virtu­ous city sounds a bit like the phrase often used by American politicians to embody the national ideal — a shining city upon a hill.

But Trump has not said it, an omission that probably speaks volumes. 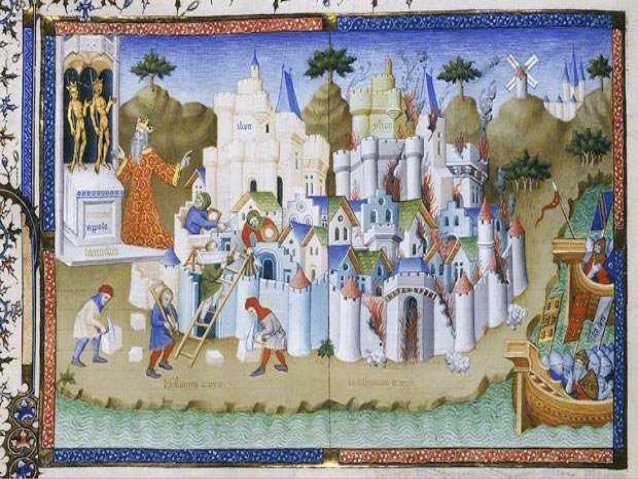