How would you like to be blamed for not being a millionaire? America’s poor need a Maugham

If you’re middle class, how would you feel if the nearest millionaire said it was your own fault you weren’t as rich as them? That you were dumb to spend money on a holiday rather than investing it in, say, big pharma stocks?

How would you like to be blamed for not being a millionaire?

How much worse must it feel for the poor to be blamed for needing state help with healthcare?

In the US, Republican Party politicians are doing just that right now, with impunity and the sort of self-righteousness that W. Somerset Maugham punctured when he published ‘Liza of Lambeth’ in 1897. It was a “slum novel” and it is said to have “distressed the late-Victorian sensibility”. That was mostly because it made people out of the poor. It showed what poverty-stricken people in east London were thinking and feeling, rather than dismissing them as poor blots on the landscape. They were poor and yes, they drank gin and yes, they had adulterous love affairs, but they were still people.

In the age of Trump, America’s poor desperately need someone to humanise them. Technically, it should be easier in the age of television, but we’re not seeing that right now. The poor are being blamed by Mr Trump’s Republican Party for needing help with healthcare. Jason Chaffetz of Utah, for instance, recently suggested that people should “invest in their own health care” instead of “getting that new iPhone.” He added for good measure: “People need to make a conscious choice, and I believe in self-reliance.”

It is a horrible sight, that of well-off, well-heeled people condemning poorer, less well-resourced ones’ habits, mindset and choices for their situation. But as Stephen Pimpare the author of ‘A People’s History of Poverty in America’ recently wrote in The Washington Post, Mr “Chaffetz was articulating a commonly held belief that poverty in the United States is, by and large, the result of laziness, immorality and irresponsibility.” They believe that “if only people made better choices — if they worked harder, stayed in school, got married, didn’t have children they couldn’t afford, spent what money they had more wisely and saved more — then they wouldn’t be poor, or so the reasoning goes.”

Mr Pimpare, whose forthcoming book is titled ‘Ghettos, Tramps, and Welfare Queens: Down and Out on the Silver Screen’, goes on to write, “Since the invention of the mythic welfare queen in the 1960s, this has been the story we most reliably tell about why people are poor…Never mind the grim reality that most American adults who are poor are not poor from lack of effort but despite it.”

Disdaining the poor allows politicians in government to do nothing about ameliorating their condition and providing a hand up.

As Mr Pimpare writes, politicians seem to begrudge “poor people buying the occasional steak, lottery ticket or, yes, even an iPhone… Why do we begrudge people struggling to get by the occasional indulgence? Why do we so little value pleasure and joy? Why do we insist that if you are poor, you should also be miserable? Why do we require penitence?”

Mr Chaffetz and others like him would probably have similarly disdained the factory-worker Liza Kemp in Maugham’s novel for failing to be miserable. She had high spirits, refused to settle down with Tom, a decent young man, and indulged in an adulterous affair with an older married man. That was her “iPhone” and it supposedly killed her though in actual fact, Maugham showed that women were more vulnerable than men in London’s dreadful slums. And that the authorities needed to do something about them.

Extracts from Liza of Lambeth:

“It was a young girl of about eighteen, with dark eyes, and an enormous fringe, puffed-out and curled and frizzed, covering her whole forehead from side to side, and coming down to meet her eyebrows. She was dressed in brilliant violet, with great lappets of velvet, and she had on her head an enormous black hat covered with feathers.”

“After that they decided to go where there was no chance at all of their being seen. They did not meet till they got over Westminster Bridge, and thence they made their way into the park; they would lie down on the grass in one another’s arms, and thus spend the long summer evenings. After the heat of the day there would be a gentle breeze in the park, and they would take in long breaths of the air; it seemed far away from London, it was so quiet and cool; and Liza, as she lay by Jim’s side, felt her love for him overflowing to the rest of the world and enveloping mankind itself in a kind of grateful happiness. If it could only have lasted!”

“‘Not done nothin’ ter me?’ furiously repeated the woman. ’I’ll tell yer wot yer ’ve done ter me — you’ve robbed me of my ’usbind, you ’ave. I never ’ad a word with my ’usbind until you took ’im from me. An’ now it’s all you with ’im. ’E’s got no time for ’is wife an’ family — it’s all you. An’ ’is money, too. I never git a penny of it; if it weren’t for the little bit I ’ad saved up in the siving-bank, me an’ my children ’ud be starvin’ now! An’ all through you!’ She shook her fist at her. ’I never ’ad any money from anyone.’ ’Don’ talk ter me; I know yer did. Yer dirty bitch! You oughter be ishimed of yourself tikin’ a married man from ’is family, an’ ’im old enough ter be yer father.’ ’She’s right there!’ said one or two of the onlooking women. ’There can’t be no good in ’er if she tikes somebody else’s ’usbind’.” 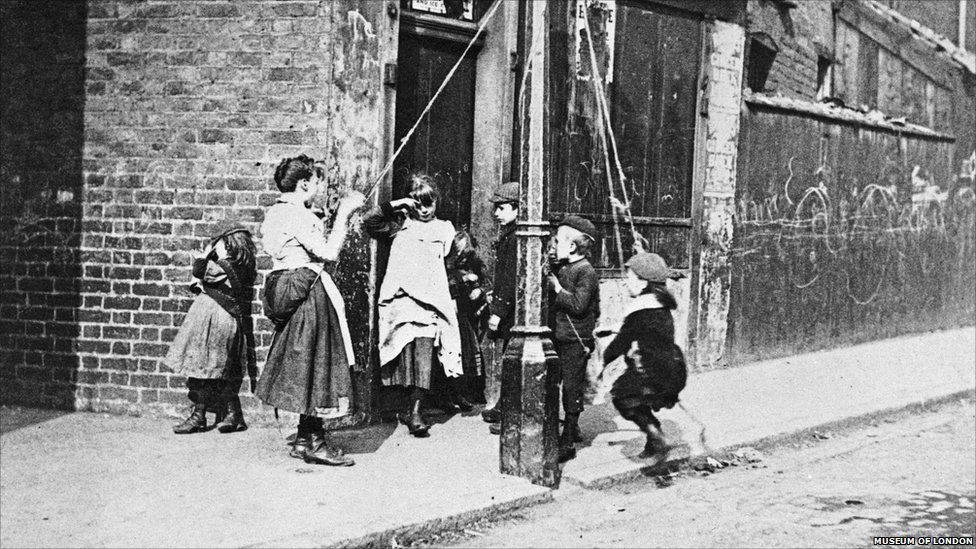