A French revolution? The election results shout that loud and clear 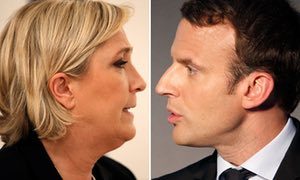 In the end, the figures didn’t matter. Was Emmanuel Macron, a 39-year-old upstart fronting a new political outfit, the winner of France’s first-round presidential election? Or did Marine Le Pen, leader of the far-right National Front party, poll higher than Mr Macron?

Whatever the actual numbers, there was a French revolution that occurred on Sunday, April 23, without an odious compelling fictional figure like Madame Defarge. And without bloodshed or too much bad blood.

The revolution is implicit in two shattered assumptions:

Both of these assumptions are no longer true.

Mr Macron, 39 and heading an outfit hastily formed just a year ago, is now through to the second round of the presidential election.

And Ms Le Pen, who has consistently over a year polled about a quarter of likely voters’ intentions, is now a settled, believable, malevolent force in French politics.

So it was a revolution. The result was a rebuke of France’s traditional mainstream parties. 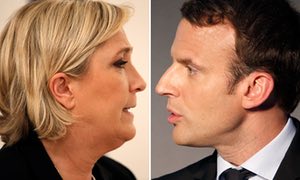