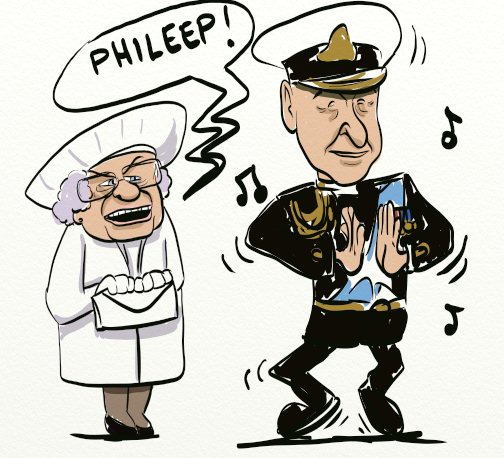 Anyone but a diehard monarchist would have to be in a state of shock over Britain’s hyped coverage of the “retirement” from royal duties of Prince Philip.

That’s the 95-year-old husband of Queen Elizabeth II, by the way.

The hysteria was on a scale that suggested Prince Philip had been a fixture on our television screens and on our streets, day in and day out. That he had been out and about every day, making lives better, tirelessly seeking to bind all men in one great brotherhood.

An alien visiting from Mars on Thursday, May 4, might have imagined that the Prince Philip of the British headlines was a constant and very visible presence, in the UK and in the wider world.

As it happens, the last time anyone paid any attention to Prince Philip was when he previously announced his retirement. That was in 2012.

Anyway, the BBC did not allow that little detail to stop it from diving headlong into the frothy waters of royal deference and national pride. As it went overboard, it dragged behind it every scrap of archival trivia on Prince Philip. No platitude went unuttered. No non-story went untold.

My old employer, the BBC World Service, dutifully went all out on the story even though it was hardly as important as so many other news events occurring on May 4 in far-flung parts of the world . Prince Philip’s approaching “retirement” led the news headlines. It made every bulletin. Female presenters gossiped on air with reporters about the Prince. Long interviews were conducted with “Royal correspondent Peter Hunt”.

For the record, Mr Hunt sounded admiring and wistful as he recalled Prince Philip’s often racist and inconsiderate remarks to people he met in Britain or overseas in the past 50 years. If they wore their national dress, the Queen’s consort obligingly told them they looked as if they were off to bed. Epicanthic folds (little flaps of skin) on the eyelids of east Asians were graphically described as rendering their possessors “slitty-eyed”. He once commented on Indian electricians’ lousy capabilities. And on Hungarians’ propensity to run to fat. And on and on and on. These are not great and terrible crimes against humanity (some of Prince Philip’s long list of gaffes are quite amusing). But they are undeniably insensitive and could be hurtful to an individual, a people or a whole country.

Anyway, one has to wonder why the BBC’s international-facing station should have so grossly overplayed this story. The World Service prides itself on telling the world what it needs to know. How was it useful, say to a Gambian, someone in Venezuela or somewhere else to learn the minutiae of the Prince Philip story?

Or that the curtain was slowly coming down on the long and relatively privileged life of a man who married a figurehead queen of a country that is now the world’s seventh-largest economy? (India overtook it in December.)

Perhaps Britain rather presumes upon the past? Perhaps it has a hankering for yesterday’s importance? As a large economy, a nuclear power and a permanent member of the UN Security Council, it’s still moderately important.

But its monarchy is no longer consequential and certainly nothing like as in the days of the King-Emperor, when Britain ruled half the world. And India.