Ever thought how nice it would be to have a parklet on your street rather than just parking?

A friend of mine is launching a campaign for London to go the way of New York and San Francisco and provide parklets on demand.

Well, my friend is calling it a “people parking bay”. For those unfamiliar with the concept, a parklet is a place to park yourself, or flowering plants, or a bench, or some public art or whatever. It’s not meant for cars though a street can have car parking spaces as well as parklets.

It’s a great idea, not just for London but for Delhi, Cairo, any city heaving with the madding crowd and with motorcars busily dashing around. And yet, the parklet is considered a ridiculous self-indulgence in our automotive-dominated cityscape. Most urban planners factor in cars and car-owners but they don’t often think of people who don’t have or want a car.

So my friend is launching a campaign for the London parklet. It will basically entail placing a bench and two plants on a bit of artificial grass under a big umbrella. Her local authority in East London turned down her request for a parking permit. She wanted to park herself in the parklet but the council denied her the right because she does not have a car. The Green Party’s Caroline Russell  is going to cut the ribbon to “open” my friend’s parklet.

And if you are too and want to attend or support it, please email me at [email protected] or get in touch on Twitter @rashmeerl and I’ll put you in touch with Brenda. 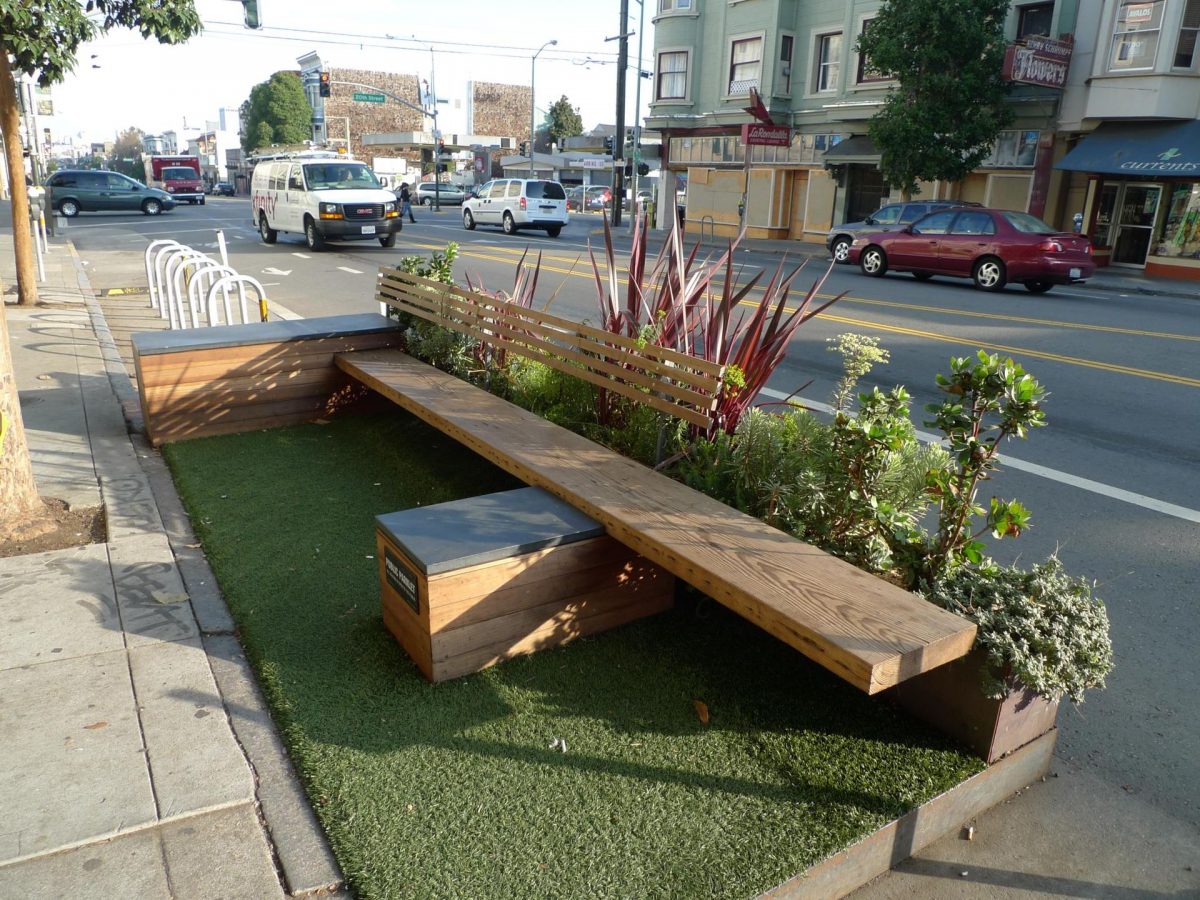