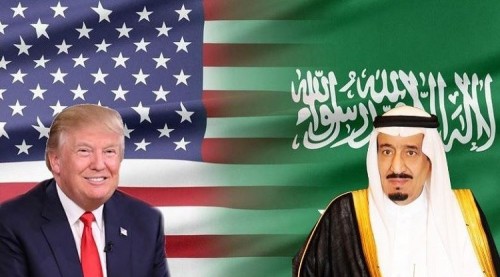 Just about three years ago, an American president stood before the cadets graduating from the US Military Academy at West Point, N.Y., and offered a new foreign policy direction. It was important, he said, for the United States to distinguish between its “core interests” and “crises that stir our conscience.”

The first might require, indeed necessitate, military action. The second would not, or at least not in the first instance. Instead, the United States would broaden its tools “to include diplomacy and development, sanctions and isola­tion, appeals to international law, and, if just, necessary and effec­tive, multilateral military action.”

That president was Barack Obama and his words drew severe criticism from across the Ameri­can foreign policy establishment. Obama’s stance repudiated dec­ades of bipartisan foreign policy, screeched the critics, because it appeared to take a value-free ap­proach to the world.

Pundits and policymakers raged against the immorality of the United States turning its back on the principles that guided its interaction with the world for much of the 20th century. The United States must always have the will to threaten force to protect the values that define it, they said.

In the age of President Donald Trump, Obama’s words seem ide­alistic rather than immoral. They took a principled but pragmatic understanding of the United States’ role in the world, a decade after the catastrophic and unpro­voked invasion of Iraq. They did not delink America’s commitment to human rights from foreign policy, as Trump’s Secretary of State Rex Tillerson recently sig­nalled in a speech. As value-free foreign policies go, the Trump administration’s is probably the most unwavering and despicable of them all.

Even before Trump set off for the Middle East on his first foreign tour as president, the con­sequences of his administration’s laissez-faire approach to core American values such as democ­racy, human rights and free trade were becoming obvious.

No autocrat or authoritarian-minded regional leader — Egypt’s Abdel Fattah al-Sisi, Turkey’s Recep Tayyip Erdogan — was de­nied the chance to meet and greet the US president. Each received fulsome praise and no criticism whatsoever of the treatment of journalists and civil society activ­ists.

Trump met the Saudi deputy crown prince, architect of the bloody Yemen war now in its third year, but is not known to have ex­pressed concern about its seeming futility and inexorableness.

When Palestinian Authority President Mahmoud Abbas came calling, Trump unfairly and inac­curately laid a lot of the blame for the unresolved conflict on the Palestinians’ alleged pay-for-slay policy.

Then, as Trump embarked on his overseas trip, White House officials started to indicate his plans for the forthcoming in­teractions with Arab and Israeli leaders. Unlike Obama, Trump would neither lecture nor chastise on human rights, press freedom, religious tolerance and democra­cy. Instead, he would prefer to do deals in areas of common interest.

When Trump’s national secu­rity adviser, H.R. McMaster, spelt out the three core purposes of the overseas tour, which started in Riyadh and continues through Tel Aviv and the Vatican, it was a brusque list that swapped uplift­ing brotherhood-of-man ideals for reciprocal recognition among Sunni Islam, Judaism and Catholi­cism.

As Natan Sachs, director of the Centre for Middle East Policy at the Brookings Institution put it, the Trump approach seemed to underline to the Arabs and Israelis that “we are not the UN. We are not Sweden. We are the US and we are your ally.”

Some might say this is realpo­litik rather than anything else. “The US isn’t an NGO,” Condoleez­za Rice, who was George W. Bush’s secretary of state, recently said, in a reference to non-governmental organisations’ high-minded ide­als. Sometimes, she said, it needs to deal with people who might “assault” its values.

But Rice, who also defended the Iraq invasion as an improvement on Saddam Hussein’s rule, admit­ted that the United States had to remember its values when dealing with the Middle East. It does not need to engage in “democracy promotion” but should “stand up for those who just want to have the same basic values that we have.”