After Paris withdrawal, covfefe is explained. It is the confusion in Trump’s mind 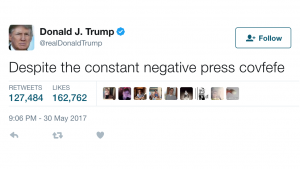 On Wednesday, just hours before Donald Trump announced his decision on the Paris Climate Change Agreement, I stood outside the White House with a 20-strong crowd of red #MAGA-cap wearing young Americans.

And I thought of “covfefe”, the secret language of Trumpism, and a “small group” of people who are said to understand the 45th president of the United States.

President Trump’s press secretary Sean Spicer has assured us his boss knew exactly what he meant when he wrote the word “covfefe” in a late-night tweet on Tuesday. What did he mean?

Made-up words. Made-up facts. Covfefe to you too.

The inchoate strength of the American presidency appears to lie in the fact that Mr Trump can do whatever he wants – in the short term.

But the long arc of reality will bend inexorably towards real words and real facts  – America is historically a big emitter of carbon dioxide; the US has played an outsize role in environmental disruption; that countries must be good Earth citizens just as much as trade or tourism entities.

Stuff “covfefe”. Like Donald Trump it betrays ignorance and incoherence.  It means nothing more or less than the confusion in Mr Trump’s mind. 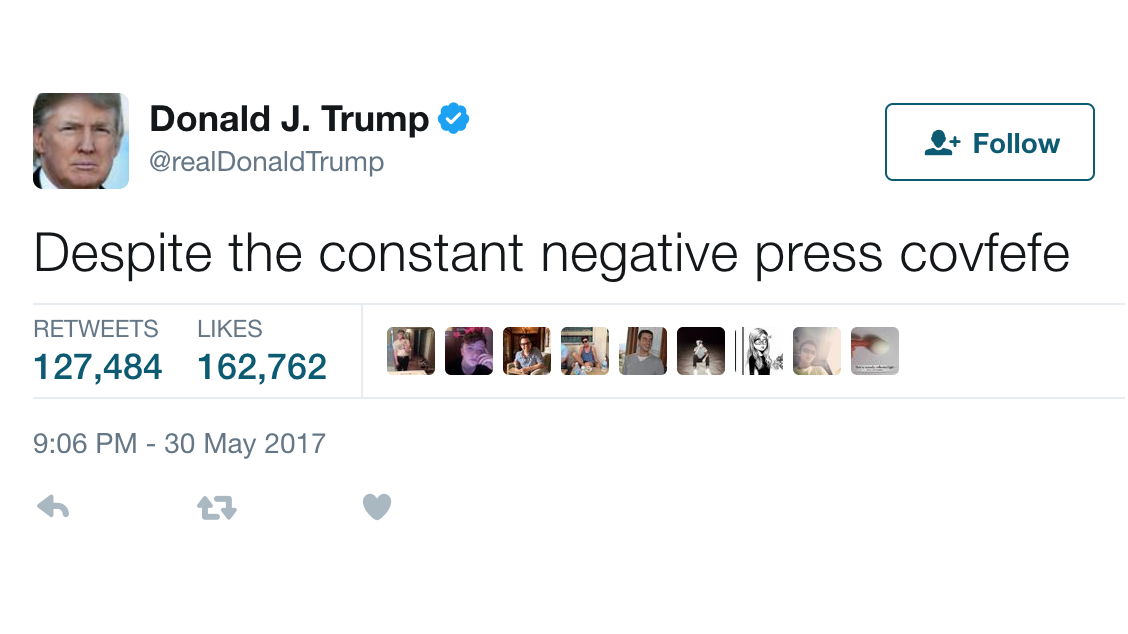