Tunisia is teeming with Libyans but Libyan restaurants are a strange and unknown quantity. The Tunisian friend who invited us to dinner at the Najaa Restaurant in El Aouina said he rather thought it was the only one in Tunis and possibly even the only one in all of Tunisia.

I have since discovered that this is untrue. There are three Libyan restaurants in Tunis – one in La Soukra, another in Ain Zaghouan and now, Najaa in El Aouina.

But that is still a very small number. Back in 2015, most of the estimated two million Libyans abroad were in Tunisia. Since then, the numbers of Libyans in Tunisia can only have grown as the fighting surges and eddies, new groups fight for new prizes, new international players get involved and the slow grind of the political contest of wills shows no sign of ending.

Why would Libyans in Tunisia not have many restaurants serving their food?

The answer apparently is that they are generally rich and can afford to invest in real estate and businesses. Libyans in Tunisia don’t need to get their hands dirty with the hard and uncertain work of running a restaurant.

But the proprietor of Najaa apparently felt a sense of community and started the restaurant a few months ago in order to give his displaced fellow-citizens a taste of home and the sense of a shared hearth.

The menu – on a blackboard – is relatively short and written only in Arabic. The fare is proudly Libyan and very good.

After a small bowl of salad, accompanied by hot chillies in vinegar, we shared a plate of starters. It had the following:

** Mb’atten, a deep fried sliced potato sandwich stuffed with minced meat and herbs. (Indians would recognise it as vaguely similar to a chickpea-flour-coated Bread Pakora stuffed with mashed potato. For Britain, it is vaguely like a Cornish Pasty. )

** Tajeen, the Libyan version of the quiche-like Tunisian tagine.

** Boureek, which is the Libyan version of the Tunisian Brik, an egg that’s deep fried in an envelope of pastry.

There was Arabi Shorba, an excellent tomatoey soup of meat and beans. And a lamb, potato and peas curry, along with lashings of bread.

We washed it all down with Spitz, a bitter soda that tasted a bit like root beer.

The taste for bitter soda, I’m told by a Libyan in Tunis, is shared by all who were once ruled by Italy. In Africa that means Libya, Somalia and Eritrea. 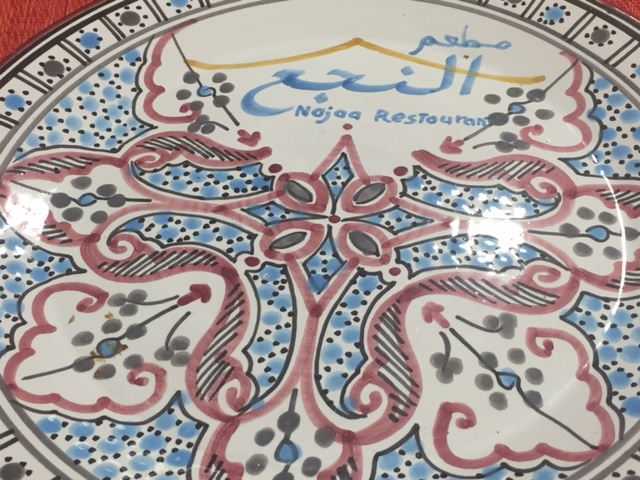