The region does not need another crisis 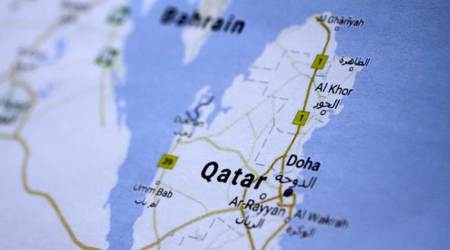 It is tragic that the Middle East is faced with a new crisis in 2017. Old conflicts remain troublingly live and yet the region has added another altercation to the list — the row between Qatar and the Saudi-led bloc.

Whatever anyone’s political sympathies, it is hard to seriously argue that disharmony is a produc­tive state of being — for people or for countries. The Saudis and their allies seem to think US President Donald Trump has their back. This, despite the US administration’s constant flow of mixed messages, which are as head spinning as Trump’s contradictory Twitter feed.

Three uncomfortable points emerge from the ongoing dispute and they offer little succour to any­one involved, including the United States.

First, the region really cannot afford more discord. The old­est conflict of them all — the one between the Israelis and Palestin­ians — is neither settled nor being addressed. The Palestinians’ plight remains piteous even as they are patronised, pummelled or pillo­ried.

Then there is the Syrian civil war. It is not over by any means. In fact, the recently announced, territorially limited ceasefire is the fifth attempt at making peace in six years.

As for Yemen — a relatively young conflict in that it is just 2 years old — no one any longer even expresses hope for an end to war. The situation is so dire the United Nations recently called off its planned preventive vaccination effort against cholera, judging that it would be useless.

Iraq remains a dangerously sectarian minefield for all that its government has been trumpeting victory over the Islamic State (ISIS) in Mosul. It is true that was a happy event and only two Iraqi towns — Hawija and Tal Afar — remain un­der control of the extremist group but there is little time for delirious celebration. The long and hard work of nation-building lies ahead and the Iraqi government must manage expectations and, more to the point, scarce resources.

Finally, there is Libya, which remains a country in chaos.

Considering all the suffering, the broken lives and death and destruction in the region, it may be a tad self-indulgent to have a hissy fit over Doha. And for Trump to cheerlead acts of belligerence among neighbours is as cynical as it is foolhardy. In any case, the complete and utter humiliation of Qatar, were it even to be achieved, could prove dangerous.

Historians offer valuable hind­sight on the role played by the 1919 Treaty of Versailles in the rise of Adolf Hitler and the outbreak of another world war.

Qatar is too small to reprise Germany’s role but, never forget, it has influential and some might say faintly malevolent friends.

The second of the three uncom­fortable truths to emerge from the crisis is as follows. It is mendacious to categorise the dispute as a battle between good and evil. Neither party is blameless, and one may be rather better placed to win the propaganda war.

The battle of narratives pits Qatar’s maverick foreign policy and all those accusations of its unsa­voury connections, against the legacy of Saudi Arabia’s worldwide drive to promote Wahhabism. The truth is that, for all Saudi Crown Prince Mohammed bin Salman bin Abdulaziz’s Vision 2030 and other stated plans for reform, the king­dom’s image remains at odds with the 21st century.

Third, it does not serve American interests to take sides. The crisis, credit for which was speedily claimed by Trump, deval­ues American security guarantees, especially in relation to small, vulnerable countries.

The likely state of mind in Singapore, Kuwait, Bahrain, South Korea, Kosovo, Greece and Djibouti — all small countries and all either hosting US military bases or under the Americans’ security umbrella — can only be imagined. They are likely to be alarmed by the US pres­ident’s cavalier approach towards a country that hosts the Middle East’s largest American base.

As Tyler Cowen, economics pro­fessor at George Mason University, recently noted, after Qatar, Ameri­can security guarantees and bases seem to be a commodity unworthy of investment. If doubt takes hold, many of these small countries may seek to build closer and deeper relationships with their local or regional hegemons, thereby chang­ing the larger geopolitical picture.

This row is in no one’s inter­est. As Ronald Reagan once put it, peace is not the absence of conflict but the ability to handle conflict by peaceful means.