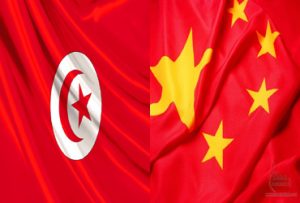 China will strengthen cooperation with Tunisia under the One Belt, One Road Initiative, Mr Li said as he met the Tunisian minister in Beijing.

Pretty anodyne, you might think. It’s what government types say to each other and to the press when they meet.

Oh no. There is a significance that goes beyond the dull words.

Here in Tunis, we’ve been expecting this for a while. A member of the diplomatic fraternity told me just the other day that the Americans were pretty obviously out-manoeuvred at a finance sector meeting with Tunisians. The Chinese, apparently, promised to do the one solid thing possible for Tunisia: to build roads. I think the reference was to the Tunisia-China Partnership Forum, hosted by the prominent business think-tank Arab Institute of Business Leaders in Tunis on July 7.

China sees Tunisia as the gateway to the Mediterranean and to north Africa, as well it might. Forget about the old – the more than 200-year-old – diplomatic relationship between Tunis and the United States. The Chinese aren’t coming to Tunis, they’re already here.

Three weeks ago, I saw a Chinese noodle restaurant in the big Carrefour mall in Tunis. Those who shop at the mall regularly said they had never seen it before. “It probably opened after Ramadan,” they said. That means this particular “Asian” restaurant (that’s what they call east Asian fare and products in Tunisia)  opened its doors towards the end of June 2017.

It was only a small, pretty simple eating joint (and its fare was not overly recognisable as Chinese). But it had the ubiquitous plastic plates and bowls patterned with magenta dragons. It had a picture menu of fried rice and noodles and it had bottles of soy sauce. There was, clearly an effort to convey some sense of a relationship with China. Bear in mind that Tunis has very few Chinese restaurants and Chinese food is not especially popular here. The Chinese influence is noticeable by its absence. So far.

A complete coincidence I know, but on the way home, I saw a brand new store with the long, cheerful red flags and dragon motifs that signified a Chinese connection. It probably sold an assortment of things that were made in China (where else), piling them high and selling them cheap. 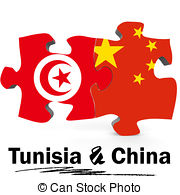