How I was drawn into the strangest debate of them all. That #India-is-not-a-sub-continent 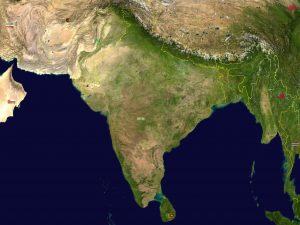 “Dear Rashmee Lall,” the email began, omitting part of my surname. “I admire your work and your dedication to it a lot.” But please stop describing South Asia as a sub-continent. It’s “divisive, colonial and ‘funny’.”

Basically, my correspondent saw it as a sign of intense disloyalty and buried colonial deference to describe the region that includes India, Pakistan, Bangladesh, Nepal and Bhutan as a sub-continent. I had said that terrible word (“sub-continent”) on the BBC’s Dateline London show on August 19, exactly one week ago.

Europe doesn’t do it, my correspondent chided. “I mean you and I don’t hear people from Europe calling certain nations of its continent, a ‘sub-continent’, now and then, if and when they feel like because they know what Unity stands for; and so for them in Europe, everyone is One Europe all the time; as they are smart not to use such divisive words against themselves.”

It was an interesting email. Remarkable for its earnestness and single-minded zeal to convert without considering the reason Europe doesn’t call itself a sub-continent. Because it’s not.

India, however, is part of a sub-continent, which dictionaries describe in different ways but mainly as follows: “a large, relatively self-contained landmass forming a subdivision of a continent”

I know there is much heated debated on the issue between web know-alls and everyone else. Click here for an example.

I’m no expert so I’ll just say this: it does not diminish me as an Indian born and bred person, to call the landmass “sub-continent”. 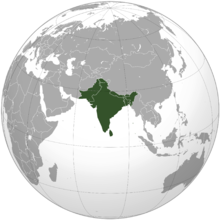