A cheat’s guide to Venice. Oscar’s 5 easy tricks to avoid queues & other things

Here’s what I learned in three days in Venice.

By the way, I went in the low-season, and before the anti-tourist movement had begun to make itself felt.

: Palazzo Contarini del Bovolo, a small palace close to Campo Manin. It was built by the Contarini family to show off its wealth. The spiral staircase on the outside is a bit like a snail’s shell, hence the name “bovolo”. (Click here for more.)

: The Alta Acqua Libreria in Calle Longa Santa Maria Formosa (Campiello Del Tintor) . The books are piled in a huge gondola, on shelves made out of boats and old, waterlogged books!(Click here for more)

: The 16th century Palazzo Querini Stampalia in the Campo Santa Maria di Formosa has an ingenious water management feature created in the 1960s by the architect Carlos Scarpa. The museum is said to have one of the richest art collections of the city but what’s really fascinating is Scarpa’s idea for dealing with flooding at high tide. Steps allow visitors to find solid ground somewhere at the entrance even if it’s flooded and a channel runs the water through to the back garden.

Know these bits of trivia:

** The Cafe Florian, established 1721, in Piazza San Marco is said to be the world’s first known café. Casanova was a patron

** In Castello, the 13th century sestiere or district, look for the first centuries-old well to be closed because it no longer had drinkable water. The wells supplied freshwater to Venice for hundreds of years, functioning in a simple and efficient manner by channeling rainwater through stone gratings into a sandy sump, which served as a filter. 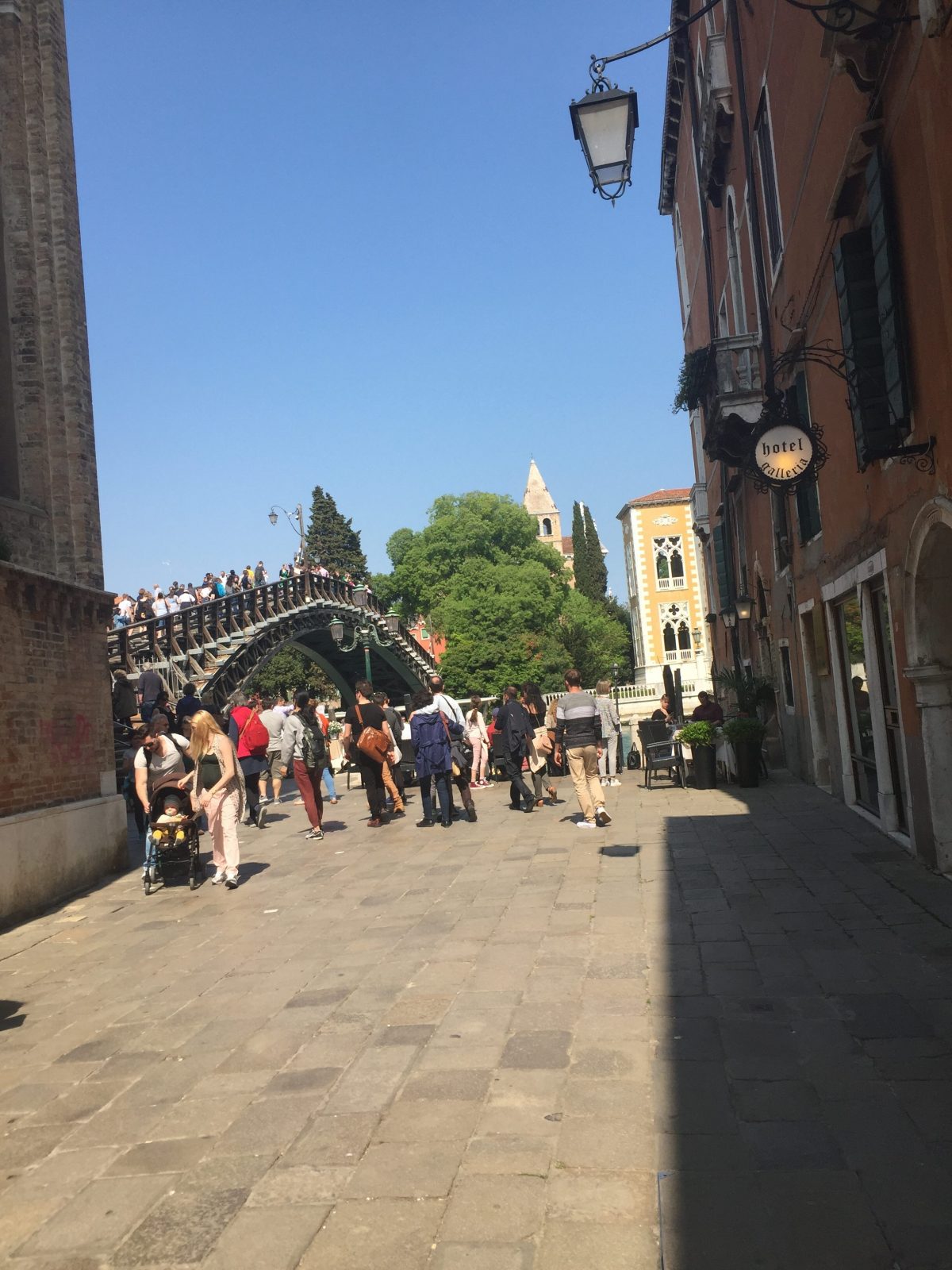