Here’s the link. Click on the embedded video. Have a listen for yourself. Four years ago, BBC journalist Mishal Husain @MishalHusainBBC interviewed Aung San Suu Kyi about the plight of the Rohingya Muslims in Myanmar.

She said that all the trouble was caused by “the fear felt by both sides(Buddhist and Muslim”. She makes a vague but fairly suggestive reference to Muslims’ “global power”, which she says is feared by many (Buddhists as well as everyone else).

And at a time when 140,000 Rohingya Muslims had been forced to leave their homes, Ms Suu Kyi said: “Muslims have been targeted but Buddhists have also been subjected to violence.

Like President Trump, she created a troubling moral equivalence.

It may be pragmatism – the Burmese military is very powerful – but principle is what made Ms Suu Kyi a shining symbol for the world. 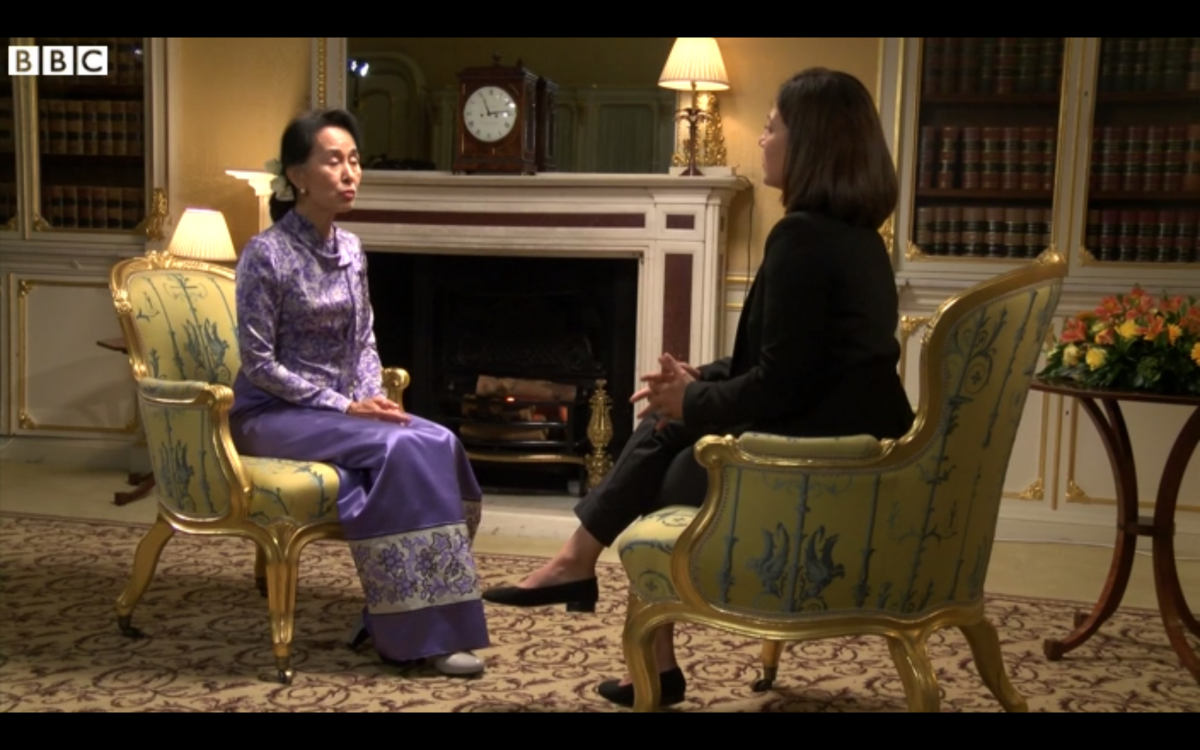