As Orwell said in ‘Homage to Catalonia’, hard to be sure about anything but what you’ve seen 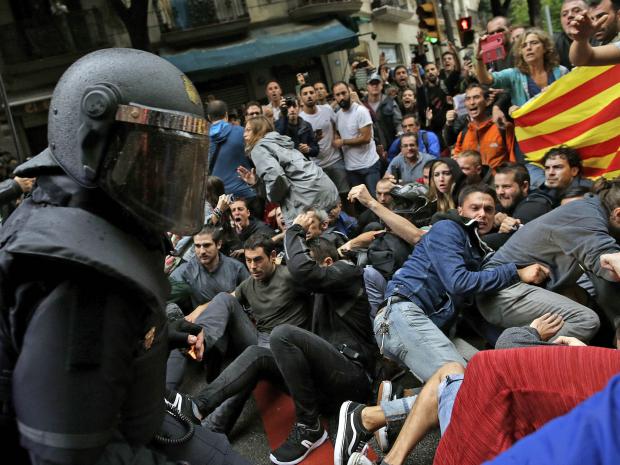 After the events of Sunday (October 1) in Catalonia, it may be worthwhile to quote from George Orwell’s nearly 80-year-old intensely political book ‘Homage to Catalonia’.

“I believe that on such an issue as this no one is or can be completely truthful. It is difficult to be certain about anything except what you have seen with your own eyes, and consciously or unconsciously everyone writes as a partisan.”

Orwell’s observation, of course, has nothing to do with what has just transpired in Catalonia. His “this” was not a reference to Catalonia’s  referendum on independence, which the Spanish government deemed illegal and did everything possible to disrupt. Spanish police in riot gear engaged in skirmishes with peaceful protesters outside polling stations, dragged voters out by the hair or threw them down stairs and fired rubber bullets to disperse crowds. Say what you will about the Catalan regional government’s decision to hold a referendum at all, the Spanish authorities’ response was disproportionate, especially in its crude malevolence and callousness.

Orwell’s book was not about the Catalan cause per se. Not this particular cause at any rate. It was about the Spanish Civil War, which lasted from 1936 to 1939, and had the leftist Republicans fighting General Franco’s Nationalists. The latter won. Orwell was on the losing side. Orwell, with an honesty that even “fake news-baiting” Donald Trump might applaud, acknowledged that he knew little about the broader social reasons or indeed the international determinants of the war. In fact he handsomely admits “my partisanship, my mistakes of fact, and the distortion inevitably caused by my having seen only one corner of events”.

Considering he was writing about a different, unrelated, long-ago conflict, what possible use do some of Orwell’s observations in ‘Homage to Catalonia’ have today?

First, they underline something crucial for many around the world who know little about the Catalan people. Namely, that Catalonia existed as a distinct entity long before the latest referendum to strike out on its own as a republic. It goes back hundreds and hundreds of years, but for millions around the world, ‘Homage to Catalonia’ will be the only book about that region they will ever read. And their only introduction to Catalonia.

It’s reasonable to say, that many of the millions who visit Barcelona every year for pleasure may not have even realised it is the capital of the autonomous community of Catalonia. Thirty-two million tourists visited Barcelona in 2016. It’s doubtful if many of those tourists thought of it as anything other than Spain. And here’s the rub. Many Catalans don’t want not to be part of Spain, but they also want a voice that’s heard a bit louder, and more respectfully by Madrid.

It is in this context that the quote from Orwell’s ‘Homage to Catalonia’ is worth consideration. “No one is or can be completely truthful” because everyone is “partisan”. True.

And, as he says, “what you have seen with your own eyes” is real and true.

Through television and social media, the world has seen with its own eyes what happened in Catalonia on Sunday.

That is real and true. 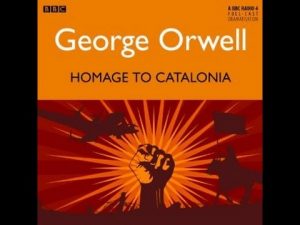 Finally, another Orwell commentary on the nature of conflict and the dissemination of news about it:

“One of the most horrible features of war is that all the war-propaganda, all the screaming and lies and hatred, comes invariably from people who are not fighting.” 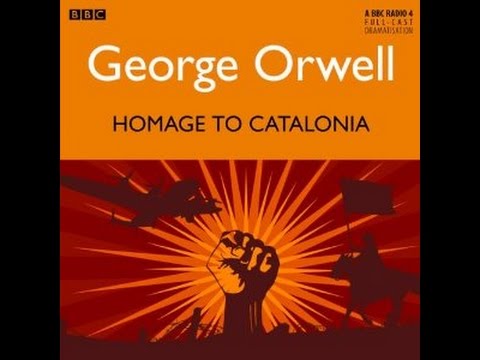