Bjorn Lomborg and the Crown of Resolute Optimism about human progress 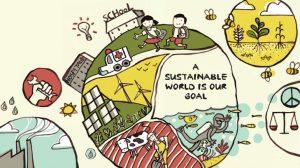 After years of relentless optimism, Bjorn Lomborg is allowing himself to be disappointed.

For many seasons, the director of the Copenhagen Consensus Center has pushed a human “scorecard” that shows remarkable progress spanning 150 years. Poverty had fallen, Professor Lomborg declared brightly in his book ‘How Much have Global Problems Cost the World? A Scorecard from 1900 to 2050’. So has illiteracy, he trilled. Even weapons-spending is lower than once it was, Professor Lomborg found, reading from that “a permanent peace dividend”.

But now, he’s a great deal less sanguine about the arc of progress. And he blames the global development agenda. And the scorekeeping.

The UN’s 17 Sustainable Development Goals have 169 targets, which means there aren’t any real goals, just a mish-mash of well-meaning intentions. Not so the Millennium Development Goals, which provided a focus for global development efforts until 18 months ago. Those were few and well-focussed. They kept governments clear-eyed. So says Professor Lomborg.

Fair enough. Except that some of his complaints seem to be more about the strange way in which progress is now being computed. In real terms, it sounds like he’s having a go at the “colour-coded dashboard” that accompanies “the major new report, led by Jeffrey D. Sachs and issued by the United Nations’ Sustainable Development Solutions Network and Germany’s Bertelsmann Stiftung (on) how well every country is doing at implementing the Sustainable Development Goals (SDGs).”

Admittedly, the dashboard does sound weird. Cambodia is shown as green in poverty elimination while Spain is not. Italy’s government is shown as less efficient than every country except Venezuela.(Singapore and Rwanda top that list). Australia scores poorly on the ending hunger goal because it has too many obese people (!) and its agricultural yield could be higher. Yemen, which is bloodied by conflict, is shown to be doing very well on climate action and the attempt to partner on achieving the sustainable development goals. (Myanmar, Uzbekistan, and Saudi Arabia are also ranked very positively in terms of partnership).

On the face of it, Professor Lomborg seems to be incensed that big donor countries such as the US don’t get brownie points for providing development aid. He might have better suggested a separate index for rich developed countries, but that would hardly be particularly new (OECD rankings exist; so do ways to measure various aspects of life in the G7 etc).

In any case, he is right to say that the overall US score should not be “dragged down by the poor mark given for the country’s high number of traffic deaths”. And that it is wrong to conflate car accidents in Ohio with neonatal mortality rates and HIV prevalence.

He’s also right that the world needs to focus on the real developmental issues, which do not include Australian obesity but the fact that 795 million people – about one of every nine on the planet – do not have enough food to lead a healthy, active life.