Is the US a rich, underdeveloped country? Why else would it allow child marriage?

Watch this story by the BBC’s Aleem Maqbool.

Had I not heard the American accents of his interviewees I would’ve thought he was reporting from a developing country, or perhaps one of those that the United Nations categorises Least Developed. (LDCs exhibit the lowest indicators of socioeconomic development. Currently, there are 48, not least Haiti, Afghanistan, Yemen and others you might expect to be far down the Human Development Index.)

But what about America? Why does it have child brides, some as young as 11 in Maqbool’s report? Why isn’t there an uproar over the practice?

As Maqbool reports, half of America’s 50 states have no set minimum age below which you cannot get married. It’s a shocker but hardly unknown within the United States.

In August, NPR, the national syndicator to a network of 900 US public radio stations, reported that “between 2000 and 2015 alone, well over 200,000 children — nearly all of them girls — were married. In nearly all cases the husband was an adult.”

NPR used data put together by advocacy groups and experts from state marriage licenses, and other sources.

The NPR blog said that eight US states set the minimum age for marriage lower than 16. “Alaska and North Carolina, for example, set the age at 14. In New Hampshire it’s 13 for girls, 14 for boys. In all of these states, minors who are below a certain age — it varies from state to state — must still get a judge’s approval to marry.”

It goes on to say that “very few states require that the child be appointed his or her own counsel. Only two state laws specify that a judge cannot approve a marriage solely because the child’s parents have consented. And nine states expressly permit pregnancy as a reason to lower the minimum marriage age.”

To me this sounds a bit like the marry-my-rapist laws that are being overturned in the Middle East and North Africa region.

This attempt to marry of little girls certainly does not take an enlightened – and gentle – view of the possibilities of childhood. Even if a young girl is raped and pregnant as a result, she still has her life ahead of her. She must be allowed to grow to the fullest extent of her  talents and dreams.

With the continuing squabbles over universal healthcare – the US is the only developed industrialized country not to provide this to its citizens – and now, child marriage, it’s starting to look like the US is a rich, Less Developed Country (if not quite an underdeveloped or least-developed one). 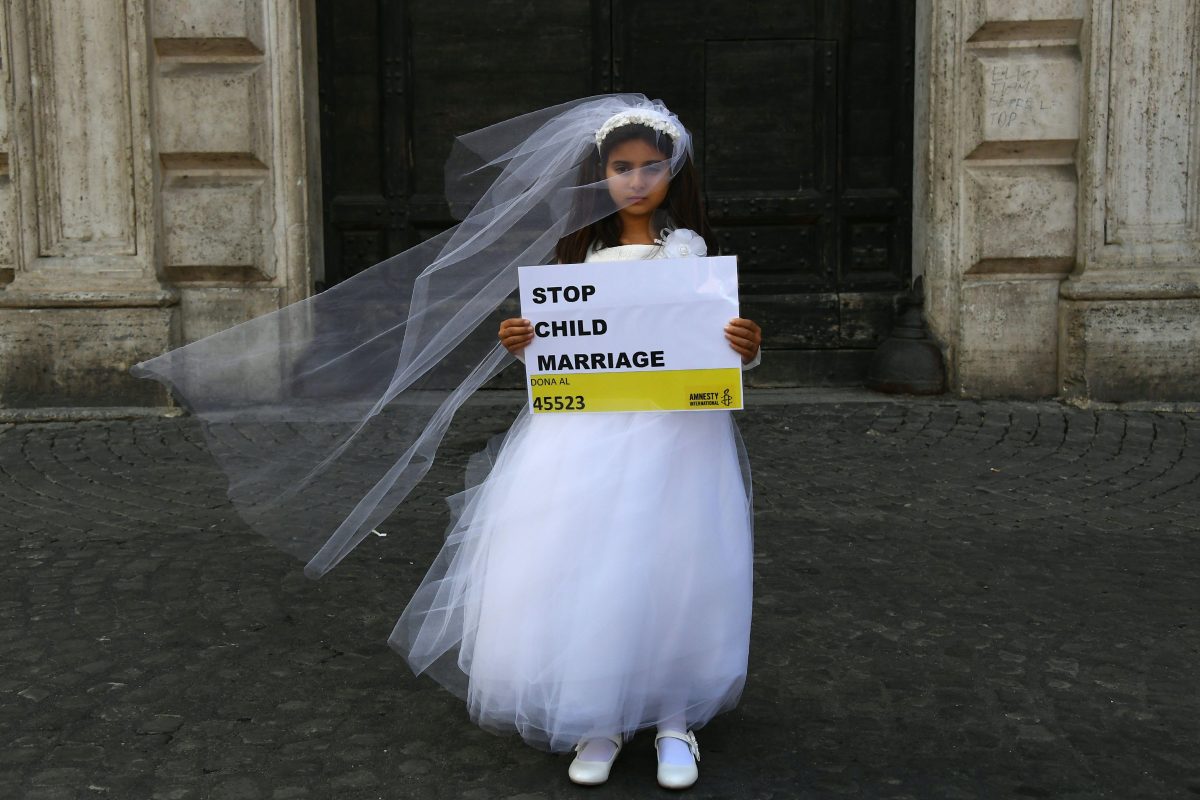